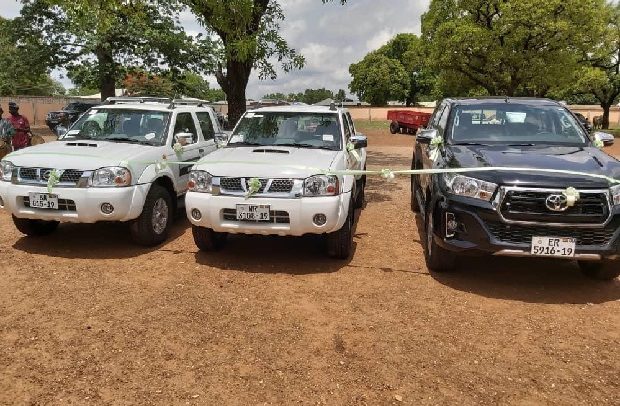 The Northern Regional Police Command has revealed that the Savannah Region’s Coordinating Council’s vehicle was not robbed at gunpoint.

Alhaji Suleimana Illiasu, and Opoku Kwadjo Evans were arrested on July 18, 2019 by the Northern Regional Police Command in connection with the missing Toyota hilux belonging to the Savannah Regional Coordinating Council.

According to the police, during interrogation, Alhaji Suleimana Illiasu presented contradictory statements.

Police indicated that the facts gathered suggest that the vehicle was taken from a different location.

“That is if it was even robbed so we need to conduct further investigation to gather more evidence and if we have enough to be able to secure good charge and prosecution then we will do that,” the police said.

It would be recalled that Sulemana Illiasu reported to the police that on July 4, 2019, the Savannah Regional Minister, Salifu Adam Braimah, was traveling to Accra by flight for a meeting and parked the Toyota Hilux pickup with registration number ER 3516-19 at his house.

According to him, on 16th July, 2019 , two armed men wielding AK47 riffles came to his house and robbed him at gunpoint.

In the process ,the robbers took away his iPhone 7plus and Samsung A6plus mobile phones and a cash amount of GH¢ 200.

He told police that the robbers took him to an unknown location where they dropped him off and went away with the vehicle.