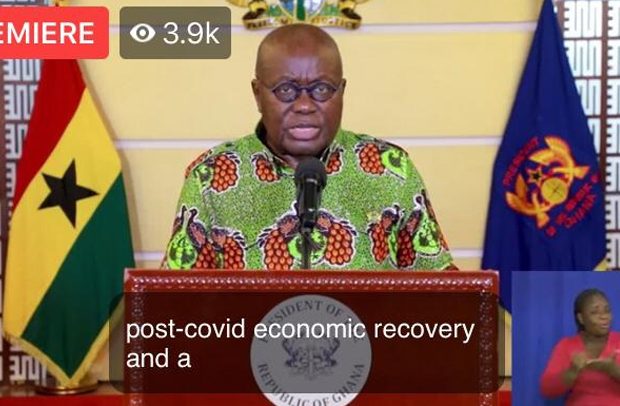 More than 360,000 recipients of first doses of the Covid-19 vaccine in 43 Districts in the Greater Accra, Central and Ashanti Regions will receive their second jabs, beginning Wednesday May 19, 2021.

This was announced by President Nana Addo Dankwa Akufo-Addo in a televised national address on Sunday to apprise the country on steps being taken to curb the spread of the pandemic.

The second batch of the WHO COVAX-sourced AstraZeneca vaccines received on May 7, would be deployed to the designated vaccination centers across the 43 districts to ensure that those who were vaccinated in the first exercise meet the prescribed period of getting their second shots approximately 12 weeks after the first jab.

About 600,000 Oxford/Astrazeneca doses were given to frontline health workers, security personnel, people aged over 60 and those with pre-existing conditions, as well as selected members of the three arms of government in the first exercise.

The President said efforts were being made to ensure that those who received their first jabs after March 9, this year, receive their second shots in due course.

He said government was expecting an additional 300,000 doses of the Sputnik V vaccines, which the Food and Drugs Authority had already approved.

President Akufo-Addo pointed out that due to international vaccine politics, and the unpredictability of the supply chain, as well as the third wave of infections in some European and Asian countries, had contributed to Government’s in ability to secure as many vaccines to inoculate as many Ghanaians as possible.

However, Government is working to ensure that it meets it target to have as the 20 million adult population of the country vaccinated by the end of the year to achieve herd immunity, which would help return the country to normalcy.

He stressed that until the requisite number of Ghanaians are vaccinated to achieve herd immunity, which will help return the country to normalcy, the imposition of Restriction Act, 2020 (Act 1012) remain in force, and urged Ghanaians to adhere to all the set preventative protocols to sustain the gains made in the fight against the disease.

President Akufo-Addo further urged that all non-essential travel to countries with high COVID-19 infection rates should be cancelled or postponed.

“There will be plenty time, God-willing, for such trips in the future. We will continue to review our travel restriction measures,” he said.

The President said government had begun a process of digitizing the polymerase chain reaction (PCR) test results to ensure the ease of verification and to prevent fake COVID-19 certificates being used to enter the country at the Kotoka International Airport (KIA).

He said all travelers arriving in Ghana must have test results or certificates bearing the trusted travel codes acceptable at KIA.

The President was optimistic that Ghana’s economic and social life could return to normalcy if the people cooperated and worked together.

“Let the reduced rate of infections not lull us into a false sense of security; let us continue to adhere to the safety protocols, he said, urging everyone to go out and get vaccinated.
GNA