Selling The Motherland For Pittance 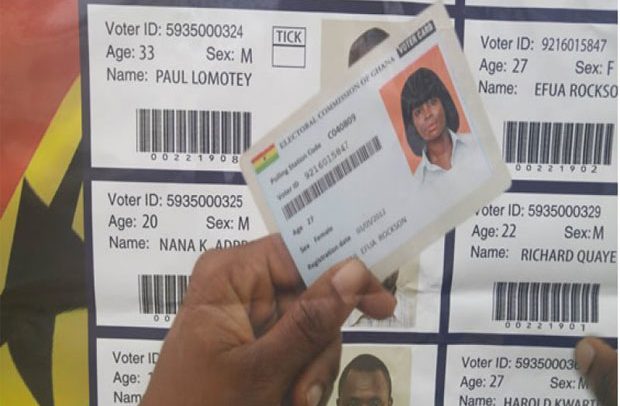 The acquisition of the new voters’ card in the country is a source of easy money in neighbouring countries for those who are able to scale the hurdles.

Many have failed to scale through and are currently in the hands of security agents. Not so others whose number we do not know who succeeded.

Many foreigners have never been arrested in their attempts to register as Ghanaians as we are witnessing today since the registration exercise by the Electoral Commission (EC) commenced.

In the past, such anomalies hardly made it to the media because it was in the interest of those at the helm for the breaches to be perpetuated.

Do we need more evidence to buttress the argument that many hold the old voters’ cards who do not qualify to do so because they are non-citizens?

Of all the countries of West Africa, none surpasses Ghana in the volume of breaches of her nationality documents. Nigerians, Nigeriens, Togolese, Ivorians and Burkinabes all possess Ghanaian passports, the old voters’ cards and birth certificates. With these in their possession, they are able to falsely present themselves as bona fide Ghanaians.

With the nullification of the old voters’ cards, efforts are on to ensure that such persons who acquired the previous identification get the new ones and the cat-and-mouse game between sponsors of the breaches and their assigns on one hand and the security agents on the other continues.

Syndicates have been created to assist an interest group in the country to have as many foreigners from nearby countries acquire the voters’ cards as possible for electoral leverage when the time is due.

Now we understand why so much was done to stop the EC from embarking upon the project of compiling a new voters’ roll.

Elsewhere in this edition, there is a story about the arrests of persons who were unlucky in their bid to breach our law. The Greater Accra Regional Police Command is also holding another foreigner arrested as he, too, tried to do same.

What is it about our voters’ card that drives foreigners to risk their freedoms to acquire it? While some have been engaged by a political interest group to get as many foreigners as possible to register because these persons would be directed as to how to vote in December and future, others need the document as proof of citizenship in non-electoral transactions such as opening accounts and others.

The number of arrested persons is rising and we shudder to think that some lucky ones could have managed to go through the process without being nabbed.

Such persons, as we pointed out in an earlier commentary, could not have done so without the complicity of citizens of this country.

Tipping the scale in elections by all means, including such acts of subterfuge, cannot be right and for us constitutes the height of treachery to the Motherland.