Shatta Wale Ready For Collaboration With Sarkodie, Others 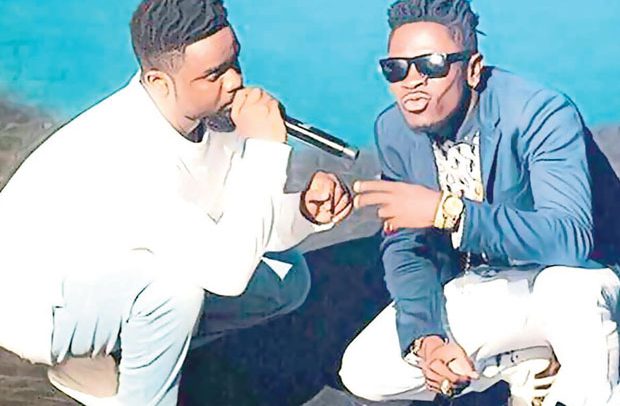 Controversial reggae/dancehall artiste, Charles Nii Armah Mensah Jnr., aka Shatta Wale, has announced plans to feature celebrated artistes such as Sakordie, Samini and Stonebwoy, who have huge followings, on his upcoming album titled Gift of God.

Shatta Wale, who has made an impact in the local music scene, mentioned that top performing Nigerian artistes such as JoeBoy, Wizkid and Tiwa Savage would also be featured on the album.

He, however, revealed that the much anticipated album would be released in October this year, and dominantly has songs from the reggae and dancehall music genres.

Shatta Wale was speaking in an interview with King Lagazee on an Accra based Hitz FM.

He disclosed that it was important that players in the industry pull their strings together to promote dancehall music to enhance the industry.

The dancehall artiste, in 2015, won Artiste of the Year at the Vodafone Ghana Music Awards.

He has appeared in films such as Never Say Never, The trial of Shatta Wale and Shattered Lives.

Having achieved street credibility in a fairly undeveloped Ghanaian dancehall genre at the time, he achieved popularity with his 2004 single, Moko Hoo, which featured hiplife artiste, Tinny.

Then known in the industry as Bandana, the song earned Him a Ghana Music Awards nomination.

There afterward, Bandana went on a music break for nearly a decade until rebranding himself in 2013.

He began releasing music under a new name, Shatta Wale, under his record label (SM Records).

He has since appeared on the chart each year. He was ranked “Most Influential Musician” on social media in 2017.

He won eight awards at the 3Music Awards in 2019 and also the most awarded dancehall artist in Africa.

He released his third album, Reign, on October 13, 2018 with Zylofon Music label.

He recently organized a digital concert on YouTube, which was dubbed the Faith Concert.

The concert was organized to bring hope to Ghanaians and his fans during the fight against the Covid-19 pandemic.

He was selected by The Ministry of Communications, Ghana, alongside highlife musician, Kuami Eugene, as the headline artistes for the Covid-19 app’s virtual launch concert held on Monday, April 13, 2020.

The dancehall artiste recently featured in an international music project dubbed Tropical House Cruises To Jamaica (Reggae Collector’s edition), which also featured international superstars such as Sizzla, Beenie Man, Peetah Morgan, Elephant Man, Capleton, Mojo Morgan, Don Yute and Vybz Kartel among others, as the only Ghanaian and African musician on the project, making an entry with Dream.

After George Floyd Demonstrations, What Next?