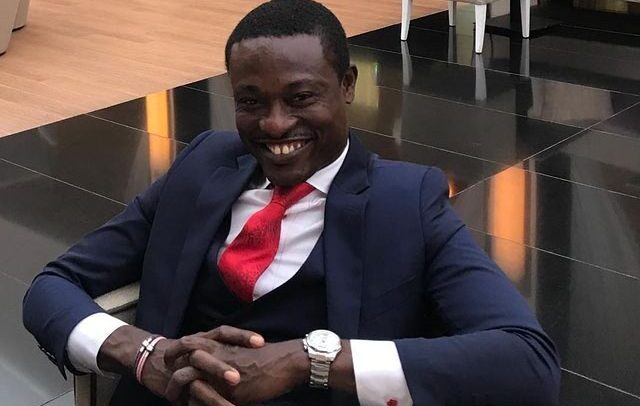 THE OFFICE of the Special Prosecutor (OSP) has announced it has commenced full investigations into the banking and financial sector crisis which precipitated the collapse of some banks and financial institutions.

It said it is also investigating the financial sector clean up and recapitalisation reforms.

A statement issued from the OSP on 25th January, 2022 signed by Kissi Agyebeng, Special Prosecutor, which made this known, said the investigations will target alleged corruption and corruption-related offences perpetrated by officials of the Bank of Ghana, banks, specialised deposit-taking institutions and financial holding companies.

It has therefore requested members of the public who have information on any financial malpractice in connection with the afore-stated development, to volunteer such information to it to help achieve its objectives.

“The OSP invites members of the public who have knowledge of the commission of corruption or corruption-related offences to lodge complaints with the OSP against any official in this regard. The OSP assures the public that all necessary and reasonable steps shall be taken to protect the safety and welfare of all informers, whistleblowers and witnesses.

It added that “Any official found culpable and complicit would be arrested and prosecuted.”

The banking crisis started in Ghana between August 2017 and January 2020.

Apart from UT and Capital Bank which were taken over by the BoG and given to the GCB Bank per section 123 of the Banks and Specialised Deposit-Taking Institutions (SDIs) Act, 2016 (Act 930) in August 2017, Beige Capital, Sovereign Bank, Construction Bank, UniBank, and Royal Bank were all taken over and drafted into Consolidated Bank Ghana (CBG) Limited.

Most of the indigenous banks had been at the risk of defaulting on their loans and were going insolvent.

The financial sector mess up cost the country between $3 billion and $4 billion, the Minister of Finance, Ken Ofori-Atta said and it was equivalent to some GH¢21 billion.

According to BoG, upon several agreements with the banks to increase their capital requirements, managers of the banks failed.

Consequently, to protect customers, the licences of the banks were revoked under a Purchase and Assumption transaction with GCB Bank Ltd.

Poor corporate governance was cited as one of the major causes of the collapse of the seven banks by BoG, and other financial analysts. Board level and senior management were either inactive or engaged in activities that inured to their personal interests rather than to the growth of the banks. For instance, there was the observation that most of the non-performing loans were advanced to people who were related to senior board managers. Furthermore, Board of Directors of banks failed to oversee bank accounting and corporate reporting systems as well as the external auditing system due to lack of experience or greed.

In addition, Board of Directors failed to provide proper functioning risk management framework. There was also the lack of independence and integrity among Chief Internal Auditors in most of the collapsed banks, leading to cover-ups for executive directors during review processes, while the general non-adherence to policies of corporate governance greatly contributed to the collapse of the banks.

Non-performing loans affected the banks by increasing their operating costs, which led to a decrease in profitability, and in most cases caused capital reduction leading to under-capitalisation.

It was also alleged that there was too much connivance in local banks to pick loans without any recourse to paying back or following appropriate policies. Furthermore, due to bad corporate governance, appropriate risk management practices to reduce credit risks such as proper monitoring and measuring mechanisms were not observed in credit deliveries.

In a press statement, the BoG stated that regulatory non-compliance and poor supervision (i.e. questionable licensing processes and weak enforcement) led to a significant build-up of vulnerabilities in the banking sector.