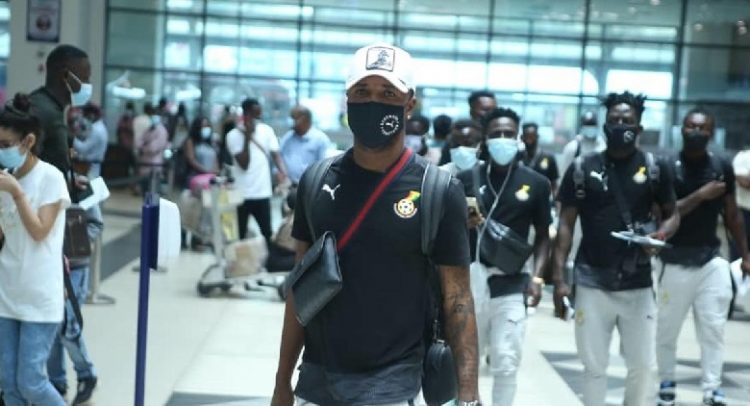 The Stars on arrival at Johannesburg

Twenty-Four players yesterday flew out of the country to South Africa for the 2022 FIFA World Cup qualifier against Ethiopia tomorrow. Kick-off is 15:00hrs GMT.

The Black Stars are expected to play their Ethiopian counterparts at the Orlando Stadium in a must-win game.

Ghana and South Africa are in a race for the top spot, with both teams hoping to win their last two games to make the playoffs.

Experienced players Jonathan Mensah of Columbus Crew and deputy captain Thomas Partey have been ruled out of the doubleheader due to injury.

Indications are that AS Roma and Ghanaian youngster Felix Afena-Gyan will not be available for the game.

On Monday, 15 players trained in Accra to kick-off their preparations for the final two games of Group G in the World Cup qualifiers.

The Black Stars continued their training yesterday in the morning ahead of the trip to Johannesburg.  A win over Ethiopia and Bafana Bafana will guarantee Ghana a place in the playoffs.