Tamasco Gets Classroom Block From GNPC 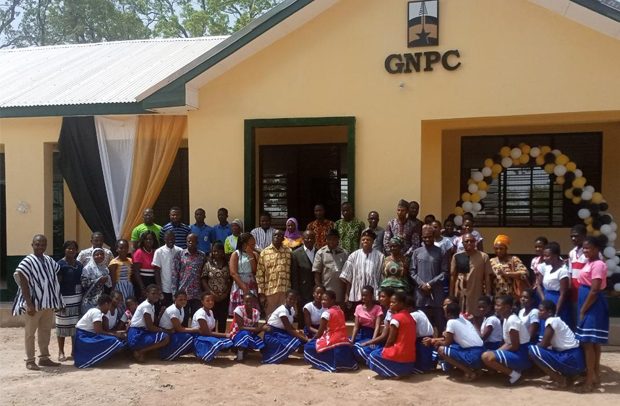 A group photograph of stakeholders and beneficiaries

The Ghana National Petroleum Corporation (GNPC) on Wednesday handed over a six-unit classroom block to the Tamale Senior High School (Tamasco) as a means of addressing the congestion challenge in the school.

Speaking at the handover ceremony, the Executive Director of GNPC, Dr. Dominic Kwasi Aduah, indicated that the response followed reports from the school authority about congestion and a plea for support to address the challenge.

The project, he said, was part of 270 projects that GNPC was working on across the country, adding that 570 others were in the pipeline for all the regions.

“GNPC is making sure every Ghanaian gets the benefits of the oil profits; it’s a new directive and policy of the company and we are much committed to it,” he stressed.

However, the Executive Director said beneficiaries should ensure the facilities are maintained properly, adding that GNPC would inspect them regularly.

The headmaster, therefore, appealed to GNPC and other stakeholders to provide the school with more structures, as the school aims at ending the double-track system by next year.

Rev. Azeka assured GNPC of putting the structure to good use to derive the needed benefits.