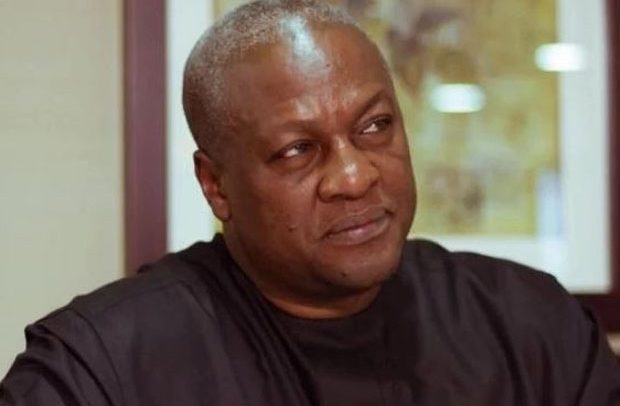 Of all the insults, unnecessary and ungentlemanly comments made by former President John Dramani Mahama, in terms of absurdity, none comes near his recent comment that the 2016 election was rigged.  Did he think before making that statement or he was simply carried away by the pains of the humiliating defeat he suffered in 2016?

The man is gradually becoming a vexation to the collective spirit of Ghanaians and a nuisance as far as politics in Ghana is concerned.  Even a serial caller like Appiah Stadium would not make such an infantile comment.  Before the Electoral Commission (EC) announced the presidential result of the 2016 election, Mr. Big Stuff (Koku Anyidoho) told the world that the NDC was ‘in a comfortable lead’ and that members of the party should start jubilating.  When things started turning upside down, Mr. Kofi Adams told us that there was an IT failure and that the NDC might lose the election. As to the type of IT failure he meant, only he can tell us because we all knew all the parties that contested the elections had their collation centres and they all received results from all the polling stations.  The issue of IT failure which may lead to a party losing an election is childish if not balderdash.

Then Mr. Asiedu Nketia also told the good people of Ghana that nothing could stop the NDC from forming the next government because everything pointed to the fact that the NDC had won the election with a wide margin.  Three days after the election, the EC refused to announce the results even though everything pointed to the fact that the NDC had lost the election.  Pressure had to be mounted on Mr. Mahama by his party gurus for him to accept defeat, and later he called Nana Addo to concede defeat.  He reluctantly did so and the whole country was hurled into a state of ecstasy. In less than three days after losing the election, Mr. Mahama started growing lean. If Mr. Mahama knew the election was rigged, why did he accept defeat and went on to congratulate Nana Addo?

Nearly two and half years after the 2016 election, Mr. Mahama, the accomplished loser, had the guts to tell Ghanaians that the election was rigged. What a shame!  In 2012 when the NPP felt the election was rigged, it did not take one month for the party to file a suit at the Supreme Court (SC) to challenge the results of the election.  At the end of a marathon hearing at the SC, it came to light that something went wrong during the 2012 election.  Five out of the nine members of the panel gave him the nod while four refused to accept the fact that nothing was wrong with the results of the elections.

There was a split decision and Mr. Mahama  became the first president in Ghana to be sworn in as the president of Ghana through a ruling by the SC.  He had already made history by being the first person to be sworn in as president of Ghana after the mysterious and sudden death of his boss – the late Professor Atta Mills. And he is also the first to lose an election after his first term in office in this 4th Republic. For the past two years, four months, what kept Mr. Mahama to go to court to challenge the result only for him to come out to tell Ghanaians that the 2016 election was rigged?

You see, when Mr. Mahama started making his ugly noises after losing the election, I knew that one day it would come to this.  In fact, I knew he would one day tell Ghanaians that he lost the election because the election was rigged and he had done just that.  The man is desperately seeking sympathy from the Ghanaian voter but that is a wishful thinking because Ghanaians have wised up.  Two years, four months is too short a time for us to forget the create, loot and share regime he oversaw. We still remember the Embrel plane scandal and the Kananzoe Ford Expedition bribe.  In fact, we are still desperately waiting for the return of our precious guinea fowls which have now overgrown but we will be content to have them back because by now their number has increased tremendously, having lived in Burkina Faso for close to seven years.  I don’t want to believe the people of Burkina Faso have stolen our guinea fowls.  That will be a case for the International Criminal Court (ICC) to decide one day.

We still remember the insults he heaped on us and the fear is that if we make a mistake and give him another nod, he will treat us like the way the Mayamer people treat the Rahingas.  The Akans say the game ends immediately the foolish man wises up.  We are aware that if we do the unthinkable and vote Mahama back to power we will smell pepper because knowing that it will be his last time to run again, he will fuse our noses with gun power and open up his arsenal of insults. Sometimes I ask myself why the NDC is very optimistic of winning the 2020 elections.  What is under their sleeves and what do they know that we do not know?  The NPP would be the most stupid political party to sit down for the NDC – a party that nearly brought the nation down on its kneels – to come back to power to turn the clock of development backwards again.

They say once bitten twice shy.  Just look at where former President John Kufuor took the country to and compare it to where the NDC left the economy and you will no doubt side with me that there is no turning back.  Do you think parents whose children are enjoying the free SHS will vote for the NDC, a party that continues to kick against the programme, or the nursing and teacher trainees who are enjoying the allowances will vote for John Mahama who told them that he would never restore the allowances if even they refused to vote for him?  If you look into the faces of poor souls and tell them these words and you come back to beg them to vote for you, do you think they are so stupid to oblige? You reap what you sow.

Why The Citizen Vigilante Needs Time

I do not blame those who are always on the neck of the Special Prosecutor in the person of Mr. Martin Amidu to haul perceived corrupt officials to court to be prosecuted.   The NDC in particular continues to taunt the man to take them to court if he thinks they have done anything wrong.  These people make the whole thing look like the Office of the Special Prosecutor was set up to prosecute only former NDC functionaries.  In fact, they do not know that apart from politicians, some civil servants are more corrupt than politicians. They also do not know that the wheels of justice grind slowly.

The same thing happened when ex-President Kufuor took over power.  In the run-up to the 2000 general elections, the NPP accused the NDC government of being corrupt and so when Mr. Kufuor won the election they started shouting from the rooftop that if indeed they were corrupt as the NPP were saying the then government should take them to court. Ex-President Kufuor concentrated on building the bruised economy and bidding his time for the prosecution of the NDC perceived corrupt officials.

It took two years before Mr. Kufuor started hauling them to court and before one could blink an eye, Kwame Pepra, Ibrahim Adam, Victor Selomey, and a host of them found themselves languishing in jail.  People still refer to them as jail birds.  Ex-President Rawlings who appointed these corrupt officials became so incensed that he told Kufuor to expand the Nsawam Prison because “when the NDC comes to power again, more of his ministers will be in jail at the facility”.  Mr. Kufuor ruled for eight years and more than seven of his former appointees were taken to court after he left office but not a single person went to jail.

What is most embarrassing in law is to take somebody to court for being corrupt simply because of suspicion or hearsay only for the person to be acquitted and discharged for lack of evidence.  A good prosecutor gradually and meticulously gathers his evidences. He carefully cross-checks them and refers to precedence in law before filing his or her case.  In my hometown, our elders say you don’t catch a thief by holding the elbow.  He will slip away. You firmly hold the wrist and he will find it very difficult to uncoil himself from your grip.  The day of reckoning is beckoning and surely people will have their days in court. Did I hear the NDC leadership give the instruction that if any of them is invited by the police CID, they should not go? Yoo! We hear!!!