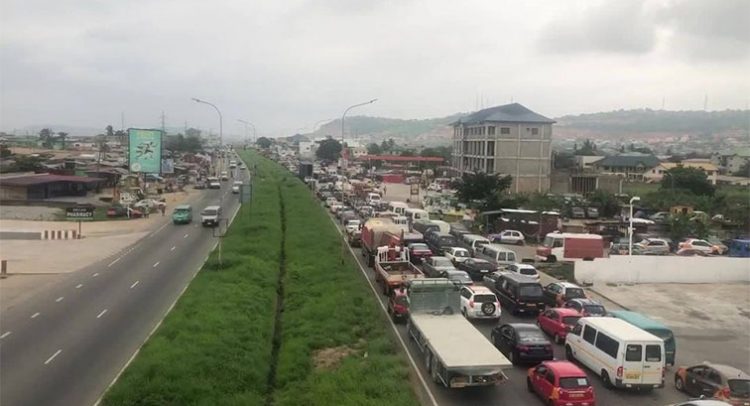 The abolishing of road tolls has not eliminated the traffic gridlock at the Kasoa tollbooth.

The tollbooth under review is for good reasons synonymous with the extreme form of a traffic gridlock. The mention of it sends fears down the spine of cabbies and private motorists including commuters.

When the announcement was made about the abolition of the tolls at these points across the country there was relief that now the free-flow of vehicular traffic will be assured.

The reality however, showed that the gridlock associated with tollbooths did not disappear but rather intensified at Kasoa. The Kasoa tollbooth unlike others along the country’s road network has ironically witnessed an intensified gridlock.

According to them if there is no longer tollbooth at the place there is an alternative which is the police barrier. This creates a long vehicular queue starting from GISEL junction.

We think that something can be done to reverse the unbearable situation and bring relief to both motorists and commuters.

It would be cognitive laziness if the relevant authorities are unable to address the traffic gridlock which has now become a feature of this important road linking the Greater Accra Region to the Central and Western regions including neighbouring Cote d’Ivoire.

We hereby call on the relevant authorities to study the situation on the Kasoa road vis a vis the decommissioned tollbooth with a view to creating a permanent solution.

The gridlock experienced since last week, particularly, last Sunday of all days, was exceptional and some commuters spoke about spending two or so hours in vehicles on a day which should have experienced a minor traffic gridlock. Some commuters took to their legs because of the inconvenience of the slow pace of vehicular movement.

A good road net work is useless unless it is bereft of the kind of gridlocks associated with the Kasoa road.

Imagine a free-flow of vehicular traffic from Kasoa to Accra. The relief would be worth celebrating.

Even before addressing the challenge posed by the gridlocks let the duo of the Roads Ministry and the Motor Transport and Traffic Department (MTTD) of the Ghana Police Service study the situation to determine the cause of the anomaly.

As an immediate solution we think that the Police at the location should think of an alternative to the barriers even as they continue to keep eagle eyes on vehicular and human movements along this important road used by both law-abiding citizens and criminals.

A holistic solution is required to address the situation and presto.