The Speaker And The MP 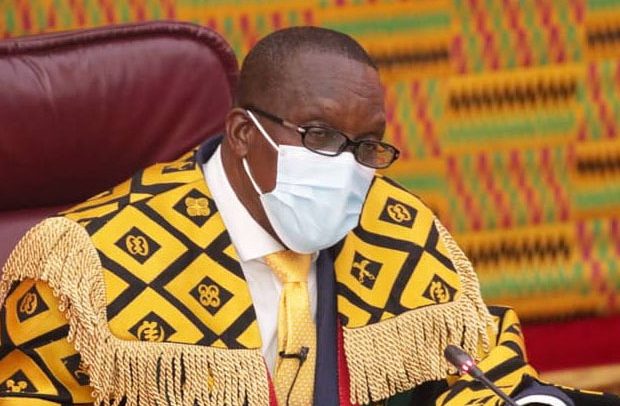 The fact that there is a deliberate effort by some to thwart the law enforcement mandate of the Ghana Police Service is not far-fetched.

All that the Inspector General of Police (IGP) needs now is the support of the good people of this country which has not been in short supply since he assumed office.

As for the extension of the NDC project at undermining all the good things about this administration as being played out by the politics of the arrest of the Madina MP Francis Xavier Sosu, we are witnesses to it.

We have observed the deliberate attempt at presenting the subject as that bordering on the abuse of authority of the police.

It is a fact that only the President enjoys absolute immunity from arrest by the Police.

MPs are only exempt from arrest when they are on their way to deliberate on legislative issues in Parliament.

We cannot agree with the Speaker on the way he has presented the matter so far.

This could not have been the objective of Baron de La Brède et de Montesquieu, when he coined the principle of separation of powers. A political principle stands tall and serves the needs of society only when it is applied bereft of sinister motives.

It is regrettable that the Speaker is seemingly protective of the MP. It is inappropriate when a defaulting MP tries hard to draw in the legislature into a matter of criminality as represented by the act of Soso the MP for Madina per what the police is saying.

We do not want to believe that MPs are above the law as the many remarks by the Speaker seek to imply under the circumstances.

The IGP has so far proven beyond doubt that he stands totally for the enforcement of the law. Remarks which seek to draw the law enforcement department into the murky sphere of partisan politics should not be encouraged by all means.

As pointed out in a previous editorial when the Police arrested persons perceived to be aligned to the NPP the NDC were happy. Now that someone from their stable has come under the radar of the Police and of course due for an arrest the tune from the NDC has changed. Such vacillating positions only enhance the negative impression about the party.

The Speaker must extricate himself from matters which trigger questions about his neutrality when matters of this nature crop up.

Now the defaulting MP and others who breach the law no matter the extent of such breaches can count on the Speaker to defend them provided they belong to the NDC.

One of the drawbacks of democracy is that it sometimes allows persons with questionable characters to find their way into Parliament. It is only a matter time that the true colours of such persons are determined.

We are dealing with an MP who once upon a time regarded the LGBQTI+  issue as a human rights subject subtly demanding that those in this bracket be allowed to do their own thing.

Today he has made an about-turn. Shouldn’t we consider this man as one whose words should be taken with a pinch of salt?