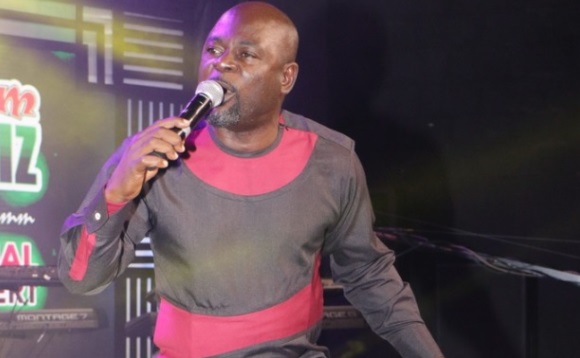 The 2020 edition of the annual gospel concert dubbed “Adom Praiz”, held at the Silicon House at Tesano in Accra, turned out to be enjoyable as all performing gospel artistes billed for the event thrilled patrons with magnificent live performances.

The much hyped event brought together gospel artistes, Christians and music fans on one stage to worship and thank God for the blessings and favours bestowed on Ghanaians since the beginning of the year.

The virtual concert was also used to celebrate the 25th anniversary of the Multimedia Group.

The artistes mounted the stage one after the other and they treated gospel music fans to unforgettable live performances.

It was a night of praise, worship and an action-packed show of stage performances displayed by the gospel artistes who thrilled patrons with their various danceable and worship songs. It was an amazing atmosphere with the patrons singing and dancing to the glory of God.

Some of the gospel artistes which include Elder Mireku, had the audience singing along to their golden oldies while sensational songwriter and singer, Minister Bernard Amankwah, thrilled the audience with his usual amazing performances, culminating in a standing ovation from the crowd.

He set the auditorium on fire with his danceable praise songs, stagecraft, dancing skills and unique style of delivery.

The instrumentalists did not also disappoint as they expressed their God-given talents behind the drums, guitar, keyboard and other instruments.

They enjoyed the ministration as much as patrons and displayed wild dance skills on stage.

The Adom Praiz concert powered by Adom 106.3 FM, has over the years seen some of the world’s biggest music acts give off electrifying performances that have left lasting memories on patrons.