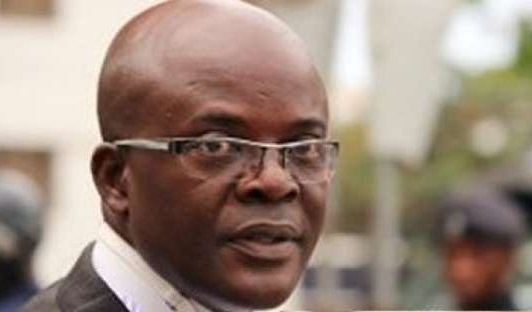 An Accra High Court has dismissed a suit filed by Mr Tony Lithur seeking the payment of some GH?2,005,320 plus interest, from the Ghana Cocoa Board (COCOBOD) as money owed to him for legal services he rendered to the cocoa authority.

The court said Mr Tony Lithur – who established himself as a prominent lawyer for the National Democratic Congress (NDC), when he represented the party in the 2012 election petition hearing – had failed to provide sufficient evidence to establish his claims against COCOBOD.

This case is Mr Lithur’s second failed attempt to retrieve the supposed legal fees. In the first instance, Mr Lithur used the name of his law firm, Lithur Brew & Co, to file a Writ of Summons against the COCOBOD. After months of litigation, the court dismissed his case for lack of capacity and on the basis that his Writ was incompetent in law. Mr. Tony Lithur, soon thereafter, filed his second suit, on 26th July 2018, at the High Court for the money.

In this second lawsuit, he filed the Writ of Summons in his name and not in the name of his law firm (as he did the first time) but maintained the exact same reliefs (requests) from the court.

Mr. Tony Lithur told the court that he had an oral agreement to represent COCOBOD in a case in 2014 and that he had done so vigorously and as such, was entitled to be paid his legal fees in full.

Mr. John Clottey-Sefa, the then Director of Legal Services at COCOBOD in his counter-argument in court said that the fees charged by Mr. Tony Lithur were excessive; given the quantum of work he did in 2014 for COCOBOD.

The legal fees, Mr. Clottey-Sefa asserted, were premised on the fact that Mr. Lithur was going to conduct the 2014 case from the stage of preparation of pleadings and witness statements, through trial, filing addresses and to final judgment, however, that turned out not to be the case. Instead, Mr. Lithur assumed control over the conduct of the case when an Entry of Appearance had already been entered by COCOBOD’s in-house Counsel and a Statement of Defence had already been prepared.

Also very crucial, is the fact that Mr. Lithur had failed to submit a particularized bill to COCOBOD, when the legal fees were due payment. Such a bill would have stated in detail the services that he rendered for which he had to charge so much.

The court in its final ruling held that from the totality of the evidence adduced before it, Mr. Lithur had failed to establish or prove his case. Hence the court threw out the case; awarding Mr. Lithur nothing.

The genesis of the attempts by Mr. Lithur to retrieve legal fees from COCOBOD lie in a controversial decision taken by COCOBOD’s Chief Executive in 2014 to engage an outside counsel to litigate a matter between COCOBOD and Strategic Security System International Limited.

GISPA Welcomes Government’s Move To Expand Internet To All Citizens