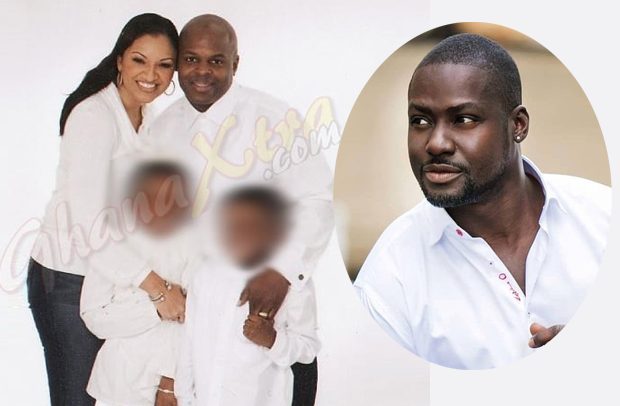 Bettie and Kendrick Jenifer with their kids. Inset: Chris Attoh

Greenbelt Police investigators say it is too early to tell if Bettie Jenifer’s murder has got anything to do with her marriage to two men.

According to Fox 5’s reports, the Greenbelt Police are still leaving no stone unturned to find the suspect who gunned down Bettie last Friday.

Bettie was murdered by an unknown gunman while leaving her office in Maryland USA on Friday.

She was shot in the head by the gunman at about 5:00pm last week Friday and was pronounced dead when police arrived at the scene of the crime.

She left her office in the 6300 block of Ivy Lane in Maryland and was walking to her car when a man armed with a handgun approached her. She tried to run for her life, but the man followed her and fired at her multiple times, with at least one shot hitting her head.

The gunman then fled in a vehicle and is still wanted by the Maryland Police. Police described the suspect as “a black male with a thin build and black hair, wearing a dark shirt and pants.”

US media reports disclosed that it’s an unusual murder case in Greenbelt. It is the first one the city has recorded this year.

People returning to work Monday indicated that they are still shaken after their colleague, Bettie Jenifer, was killed in the parking lot.

Greenbelt Police say it is looking for the murderer.

“We are looking for a black male, middle-aged with a thin build. The only notable clothing that was described was a vest type, sleeveless top, black in color,” police spokesman George Mathews said.

It was discovered that Bettie was married to Ghanaian actor Chris Attoh.

Meanwhile, she was still married to her husband of 20 years and father of her twin children, named Kedrick Jenifer — a man who is currently in prison after a 2015 conviction in federal court for drug trafficking.

Records show they started divorce proceedings in April, both claiming the other was unfaithful. However, investigators say it’s still too early to tell if either relationship has anything to do with Bettie’s death.

“We are working in conjunction with multiple agencies, including federal agencies, that are assisting us and making their resources available to us as well. The fact that this was in broad daylight in front of multiple witnesses, whoever did this it didn’t seem to matter to the person who committed this crime, so that in and of is extremely shocking,” Mathews said.