Too Many Fire Outbreaks 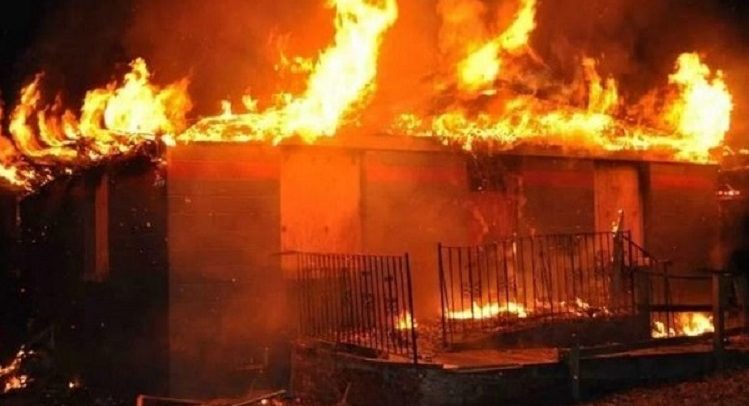 The rate at which fire outbreaks are claiming lives and destroying personal belongings is worrying and calls for an effective response.

Ashanti Region appears to top the list in recent times although we are not primed with the statistics for such a conclusion and can only conjecture based on news stories published so far; of course such details are only available to the Ghana National Fire Service (GNFS).

Three weeks earlier, a pregnant woman and her two sons lost their lives in a fire outbreak in the Bantama area in Kumasi.

The foregone was followed by a fire outbreak at a plastic recycling plant in the regional capital.

In today’s edition, there is a story about how fire swept across a mechanic shop in the same region and consumed some cars sent there for repairs.

Recently, the Chief Fire Officer spoke against persons who keep LPG cylinders in their rooms and those who put weights or stones on their faulty devices. Such practices, he said, are dangerous and can lead to fire outbreaks.

The bottom line under the circumstances is that, there is little fire safety knowledge among most people who use LPG for cooking and they are many.

In slums, many more people are turning to LPG for cooking in their mostly single rooms.

The need to impart knowledge about the safety measures to take to obviate gas explosions and fire outbreaks, cannot be over-emphasised as more and more turn to this convenient source of energy.

With the number of patrons of LPG on the rise the GNFS, in conjunction with MMDAs, should mount educational campaigns on safety precautions necessary to obviate fire outbreaks.

In most fire outbreaks, no fire extinguishers are available and even where they exist, their servicing dates have long elapsed.

The GNFS must crack the whip as the laws prescribe in its mandate on factories, offices and residential apartments which have no fire extinguishers.  Ignorance and sheer recklessness on the part of users of LPG should be tackled adequately otherwise the number of fire outbreaks will continue to rise.

The social and economic cost of fires is enormous hence the need to deal with education and enforcement in our communities about safety measures to undertake.

We think that cooking in single rooms or chamber and halls should be stopped to prevent fires. We do not need personnel of the GNFS to tell us that it is dangerous to keep LPG cylinders in our bedrooms because we fear these would be stolen.

Landlords should especially be educated about the importance of not keeping cylinders in bedrooms.

Last week, some persons were arrested for refurbishing faulty and old LPG cylinders and selling same to unsuspected persons as new ones.

The danger posed by such so-called refurbishing can only be imagined. Re-painting such cylinders and therefore covering the rusts is a clear danger.

The clampdown on such illegalities should continue until those who engage in them stop cheating the public and endangering lives as  well as property.

Turning our rooms into metal cages because of robbers is another issue we should look at. In the face of fire outbreaks, residents are trapped making it difficult for rescuers to gain access to the trapped.