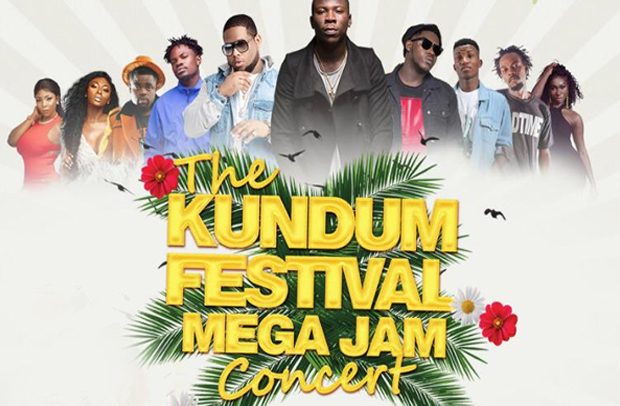 Over 10 hiplife, hiphop and dancehall artistes are billed to perform at this year’s edition of the annual ‘Kundum Festival Mega Jam’ slated to take place at the Victoria Park, Axim in the Western Region this Saturday.

This year, the festival jam is expected to bring together thousands of music and festival lovers from all walks of life to celebrate Ghanaian artistes, music and culture.

The Kundum Festival is celebrated by the Ahantas and Nzemas of the Western Region of Ghana.

It is also celebrated to thank God for the abundance of food at the times of the harvest period.

With only four days to the event, the organisers have indicated that measures were being put in place to make the event historic than the previous edition.

D-Black, Kwaw Kese and Medikal would perform during the festival.

Also on the bill are Kofi Kinaata, Sefa, Fameye, Nero X, Ms. Forson and a host of others, including some selected up-and-coming artistes.

The headline artiste, Stonebwoy, widely respected for his creativity and ability to rock the stage for over four hours, is expected to deliver his finest performance on stage.

He would perform most of his hit songs such as ‘Pull Up’, ‘Pepper Dem’, ‘Go Higher’, ‘Bawasaaba’,’ Bhim Nation’ and a host of others. DJs on the turntable would be DJ Breezy and DJ Que.

The mega jam would be followed by a pool party at the Axim Beach Resort on Sunday, September 15.

The organisers disclosed that this year’s event would be different and better than the previous years because they have laced the performance list with the known faces in the music industry.

They added that last year’s event went down as the biggest musical event to have ever been staged in Axim.

Powered by Livewire Events, the 2019 events are under the auspices of Catherine Afeku, Minister of State and Member of Parliament (MP) for Evalue-Ajomoro-Gwira, and Frank Okpeyen, MCE for Nzema East.