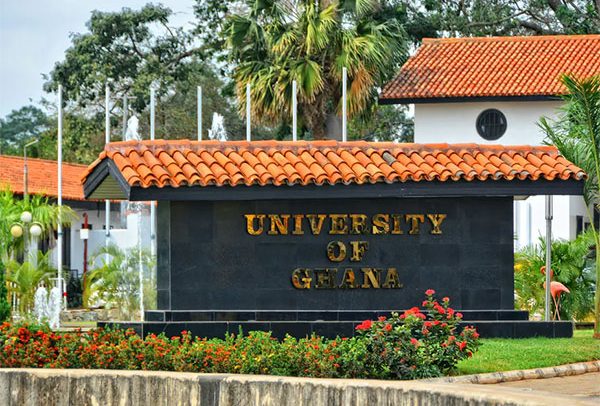 The University of Ghana has sworn in Emelia Naa Kwantsua Agyei-Mensah, as the new Registrar.

She was sworn in at a brief ceremony held at the New Council Chamber of the University on Sunday August 1, 2021.

Chancellor of the University, Mary Chinery-Hesse, explained that the ceremony had to be held as scheduled in order to prevent an administrative vacuum as the tenure of the outgoing Registrar ended on July 31, 2021.

She commended Mrs Haizel-Ashia for her outstanding leadership skills, dedication and commitment to university service.

She also expressed confidence in the new Registrar who had gained extensive knowledge in university administration, to have a successful tenure, saying, she looked forward to their fruitful working relationship.

The Chancellor administered the oath of office and oath of secrecy as stipulated by the Basic Laws of the University of Ghana prior to the assumption of office.

After the ceremonial handing over of notes to mark the end of the old tenure, the Acting Vice-Chancellor and the outgoing Registrar robed the new Registrar in a ceremonial gown.

Mrs Agyei-Mensah, according to the statement, gave an assurance to embrace best practices and effective leadership to deliver quality services to students, faculty, staff, alumni and other stakeholders.

She acknowledged that the University, like the rest of the world, had faced many challenges in recent times but pledged to work with Senior Management to address them.

The Registrar also pledged to build on the efforts of her predecessor to ensure that the University administration worked effectively and efficiently.

In 2014, she was promoted to Deputy Registrar and until her appointment as Registrar, she served as College Secretary of the College of Education.