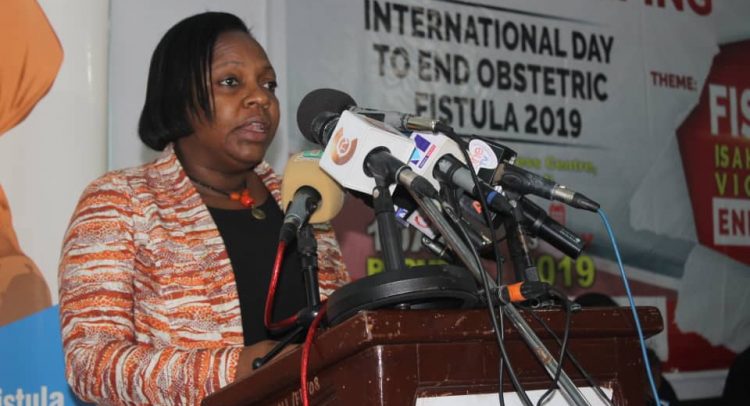 With an estimated 1,300 fistula cases occurring each year in Ghana, the United Nations Population Fund (UNFPA) has called for stronger government commitment in addressing the issue.

The UN agency said the country’s health system needed to do more to reach the 1,200 fistula cases that are left untreated each year in order to eliminate the suffering of affected persons.

Deputy UNFPA Country Representative, Erika Goldson, speaking at a press briefing in Accra to mark the 2019 International Day to End Obstetric Fistula themed “Fistula is a human rights violation – end it now!,” said the persistence of obstetric fistula in the country and the world at large was a reflection of the broader health inequalities and healthcare system constraints.

She said the condition which affected two million women in 55 low income countries, is caused by injuries to the birth canal of a women or girl after prolonged and obstructed labour, resulting in the leakage of urine or faeces or both, through the vagina.

The condition leaves humiliating effects on its sufferers as the victims are often subjected to isolation, shame and stigmatization.

Ms. Goldson said conditions like the lack of access to family planning, skilled attendance at birth and emergency obstetric care, in addition to the violation of the rights of women and girls, contributed to the poor treatment of affected persons.

“We must also promote education and broader human rights; foster community participation in finding solutions, such as the active involvement of men, adolescents and youth, as well as seeking the help of fistula survivors as advocates,” she added.

The UNFPA together with its global partners had since 2003 been engaged in the long battle against obstetric fistula.

In Ghana, the UNFPA together with the Ghana Health Service (GHS), launched a National Obstetric Fistula Prevention and Management Strategy in 2017 and also the 100 in 100 initiative as part of the implementation strategy.

Professor Anyetei T. Lassey, the Chairman of the National Obstetric Fistula Task Force, said the average cost of fistula treatment including surgery and post-operative care, was approximately GH¢ 3,200, and appealed to institutions to support the initiative financially to repair more cases and put smiles back on the faces of the victims.

Dr. Patrick Kuma Aboagye, the Director of the Family Health Division, GHS, said the development of obstetric fistula was directly linked to one of the major causes of maternal and infant mortality, as majority of women often lose their babies.