US 2020 Election Could Be Decided By Supreme Court 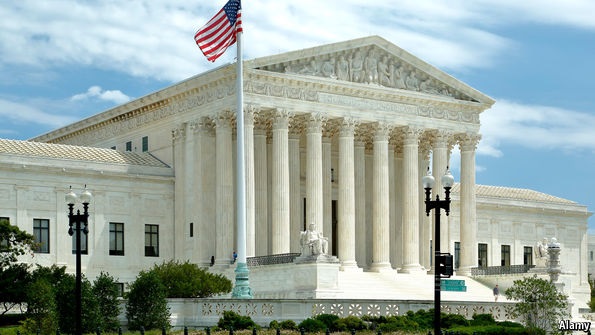 With the presidential election still undecided, President Trump’s campaign has launched a flurry of lawsuits in Pennsylvania, Michigan, Nevada and Georgia. The suits raise a range of claims. These include the exclusion of observers from vote-counting rooms, voting by non-residents, and even the counting of votes listed as being cast by people who have died.

But the case that could decide it all started weeks ago, and is currently waiting at the U.S. Supreme Court. The Boockvar case involves a decision by the Pennsylvania Supreme Court regarding how late mail-in ballots can be counted in that state.

If the Supreme Court takes up this case and the presidential election hinges on the result of the vote in Pennsylvania, the high court could determine who is elected president.

The U.S. Constitution does not establish a system that uses the courts to pick the president. The Founding Fathers created the Electoral College — an institution that survives to this day — to pick select our nation’s leader.

In the Electoral College, each state receives as many votes as it has members of the U.S. House of Representatives and Senate. California, our most populous state, gets 55 electoral votes — more than any other state. Our least-populated states each get 3 electoral votes.

Supreme Court must resolve this key question in PennsylvaniaVideo
The founders rejected direct election of the president by the populace as a whole. They feared demagogues who might flatter and bewitch the people would get elected. But they also did not want Congress to choose the president. The founders believed that the president must remain independent so he could stand up to Congress and not be beholden to lawmakers to stay in office.

State legislatures were given the power under the Constitution to choose members of the Electoral College. However, legislatures have delegated that power to voters. So when you cast your ballot in presidential elections you are not actually voting directly for a candidate. You are voting for electors pledged to vote for that candidate.

This system represents a compromise that blended a popular voice with the institution of the states to elect the president — while avoiding Congress altogether. In most states, the legislature has decided that whichever candidate gets the most popular votes gets all the state’s electoral votes.

The Constitution also gave state legislatures the exclusive authority to regulate the “Times, Places and Manner of holding Elections for Senators and Representatives.” While Congress can overrule the choices of the state legislatures, state courts cannot. This is a crucial point. State legislatures set the deadlines, define the validity of ballots, and the manner of counting the votes.

This system can handle any normal election. But the election this week was no normal election. The COVID-19 pandemic forced some states to adopt large-scale mail-in balloting for the first time. Pennsylvania, for example, had 266,000 mail-in ballots in 2016, but 2.5 million this year. Most states have never mounted such a massive mail-in and counting effort before.

Further, America simply cannot make up its mind. Aside from Barack Obama’s two elections, the presidential elections from 2000 on have been so razor-thin that the Electoral College has made all the difference.

If President Trump is reelected, he will have won the Electoral College but lost the popular vote for two elections in a row. Gone are the days when television networks and other news organizations could call the presidential election in the early evening because of the projected popular vote alone.

In this context, the litigation in Pennsylvania could make all the difference if that state’s 20 electoral votes are needed to determine whether President Trump or former Vice President Joe Biden wins the election.

As I write this, Trump and Biden are within a single point of each other in the popular vote in Pennsylvania. The candidate winning the state’s 20 electoral votes remains undetermined.

The mail-in ballots received between Tuesday and Friday this week in Pennsylvania and accepted under the order of the Pennsylvania Supreme Court could decide the winner of the presidential race in that state, even if the winner prevails by a very small number of popular votes. This is not unprecedented. In 2000, George W. Bush won Florida, the state’s electoral votes and the presidency by about 500 votes.

It is at this point that Trump has a strong case pending in the U.S. Supreme Court. His campaign and the Republican Party of Pennsylvania can challenge the vote in the state on the grounds that the Pennsylvania Supreme Court unconstitutionally interfered with the state legislature’s sole authority over the time, place, and manner of federal elections and over the selection of presidential electors.

If the U.S. Constitution directly grants those powers to the legislature of Pennsylvania, state courts have no authority to alter state election law for federal office, including the presidency. As a result, the U.S. Supreme Court could strike down the extension of the Pennsylvania deadline to accept ballots until Friday and order the state to reject any ballots that arrived after Election Day on Tuesday.

This is not some constitutional flight of fancy. U.S. Supreme Court Justice Samuel Alito has already made clear his view that the Pennsylvania Supreme Court has violated the U.S. Constitution by allowing mail-in ballots to be accepted until Friday.

In an opinion urging the U.S. Supreme Court to accelerate its consideration of the issues raised in the Boockvar case, Alito wrote: “The Supreme Court of Pennsylvania has issued a decree that squarely alters an important statutory provision enacted by the Pennsylvania Legislature pursuant to its authority under the Constitution of the United States to make rules governing the conduct of elections for federal office.”

Joined by Justices Clarence Thomas and Neil Gorsuch, Alito concluded: “That question has national importance, and there is a strong likelihood that the State Supreme Court decision violates the Federal Constitution.” In a separate case, Justice Brett Kavanaugh adopted the same view.

Some critics will argue that the U.S. Supreme Court should defer to state courts in the interpretation of state law. Chief Justice John Roberts, who voted to delay the Boockvar case at the U.S. Supreme Court until after the election, admitted as much in a similar case from Wisconsin, where he agreed to overturn a federal judge’s order to extend the Election Day deadline.

Roberts remains sensitive to political attacks on the U.S. Supreme Court. He probably fears a rerun of Bush v. Gore, in which the Supreme Court stopped recounts in Florida 2000 and sealed George Bush’s victory over Vice President Al Gore in the presidential election that year. Democrats and liberals have attacked the political legitimacy of the Supreme Court ever since.

Justice Amy Coney Barrett’s confirmation to the Supreme Court, however, could upend Roberts’ carefully laid plans. Barrett had not yet joined the court when Roberts prevented the court from accelerating consideration of Boockvar. The case still remains on the Supreme Court docket, neither rejected nor accepted for review.

If Barrett joins the other four conservative justices, who share her originalist approach to constitutional interpretation, then Roberts could not stop the Supreme Court from intervening in Pennsylvania or from deciding in favor of invalidating all mail-in ballots that came in after Election Day.

President Trump, who came from the world of reality TV to the unreal world of politics, will then be hoping that Pennsylvania 2020 turns out to be a rerun of Florida 2000, allowing him to serve a second term.

John Yoo is a law professor at the University of California, Berkeley, a visiting fellow at the Hoover Institution, and a visiting scholar at the American Enterprise Institute. He is the author of “Defender in Chief: Donald Trump’s Fight for Presidential Power.”