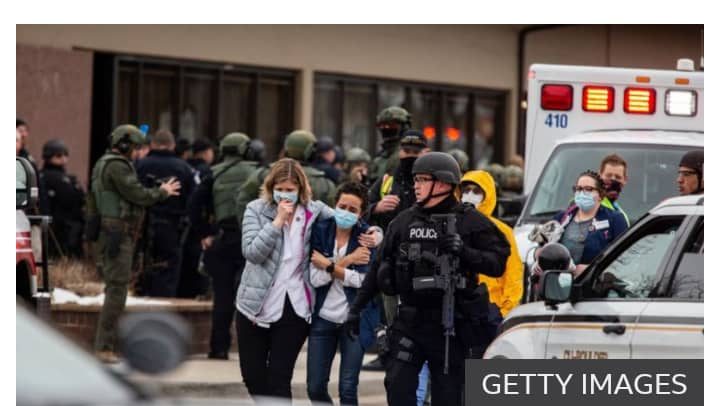 At least people have reportedly been killed in a grocery market shootings in Colorado, US.

Among the dead is a police officer, reports say.

Reports indicate that there was an hour-long standoff between law enforcement officers and the gunman responsible for the killings.

The attack reportedly occurred in Boulder at the King Soopers market and the suspect who sustained injury, was arrested and is being detained.

Shoppers who were present during the shooting live-streamed it and shared on YouTube, with some television stations showing it afterwards.

The police who got killed has been identified as 51-year-old  Eric Talley. He is reported to have been first police officer to respond to the shooting.

The shooting started around 14:30 local time (20:30 GMT) on Monday when the suspect entered the supermarket and began firing.

Shoppers and employees of the store reportedly disclosed that they had to dive for cover or run to safety as the shooting unfolded.

Farmers Were Told Lithovit Will Double Their Yields- Witness