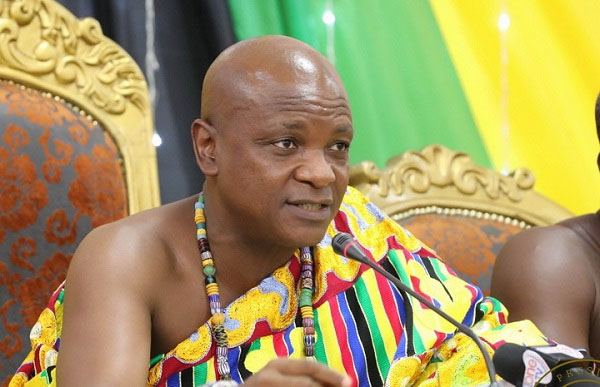 The Volta Region House of Chiefs has stressed that “criminals” parading themselves as separatists do not have the support of the house nor the people of the Region, because they are peace loving.

The house in a statement signed by the Paramount Chief of Anfoega and immediate past Vice President of the House, Togbe Tepre Hodo IV made the assertion Tuesday, September 29, 2020.

The statement which was an outcome of an emergency meeting held last Sunday, September 27, 2020 to deliberate on the recent violent attacks launched by the criminals parading as separatists noted that “The people of the Volta Region are known to be peace loving, and we want to assure all Ghanaians that the people of the Region will not lend their support to criminal behavior, such as those committed on Friday, 25th September, 2020.”

They openly condemned and denounced the activities of the separatists who have been agitating for secession of part of the Volta region from Ghana to form what they call Western Togoland State.

The statement said, “The Volta Region House of Chiefs roundly condemns these acts by the purported ‘Western Togoland Group’ in no uncertain terms. These were criminal actions, which should be investigated and those involved be made to face the full rigours of the law.”

It also added that “The Volta Region House of Chiefs would like to state clearly their commitment to one peaceful and united Ghana, and their preparedness to collaborate with government to ensure peace and stability in the Volta Region and the country at large.”

The statement further called for calm among residents in the region adding that Voltarians should collaborate with the security agencies to flush out the superlatives.

In conclusion the statement called for investigation and punishment of the perpetrators as prescribed by law.

“The Volta Region House of Chiefs therefore calls on the government to cause an independent and transparent investigation into the events of Friday, 25th September, 2020, and bring the perpetrators to book, in order to ensure a peaceful environment,” the statement read.

In a related development, the Volta Regional Minister, Dr. Archibald Yao Letsa has revealed that National Security and other key government officials will be having a meeting with the Volta Regional House of Chiefs on the latest criminal activities of the separatists.

Would You Shut Up - Biden Fires Trump