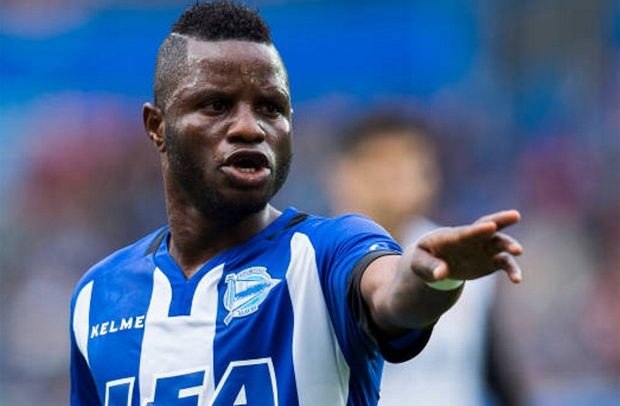 Ghana midfielder Mubarak Wakaso is the most carded player in the Spanish top-flight so far this season following his combative approach for Alaves, Ghanasoccernet.com can reveal.

The Black Stars player received 11 yellow cards in just 18 days, which has become the subject of intense discussion in the European country at the halfway stage of the competition.

While the Alaves player has been hailed by many supporters of the club for his uncompromising approach, supporters of other sides say his style has been sending their players to the injury list.

What is however certain is that, Wakaso should moderate the intensity of his tackles to avoid the cards that have kept him out of action for Alaves in crucial matches because of suspensions.

In 18 days, the Alaves midfielder has seen eleven yellow cards, two of them against Granada, so he was sent off.

Wakaso is the most carded of LaLiga, followed by Barcelona star Pique and Sevilla ace Fernando, both with eight cards.