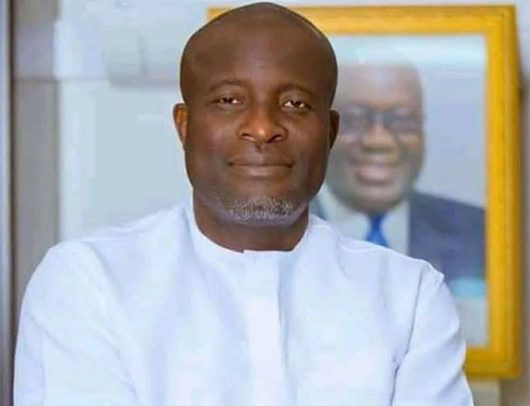 The immediate-past Member of Parliament for Tema-East, Daniel Nii Kwatei Titus Glover has admonished defeated NPP Members of Parliament and parliamentary candidates in the 2020 general election to take full responsibility for their defeat and shun away from pointing accusing fingers at the Greater Accra Regional Chairman of the party, Divine Otoo Agorhom, since that in his view was a recipe for bickering.

Mr. Titus Glover made these remarks via a phone-in interview on Tuesday’s edition of Ekosiisen hosted by Philip Osei Bonsu on Accra-based, Asempa 94.7 FM.

His response was in reaction to a barrage of allegations leveled against the Regional Chairman by Hopeson Yaovi Adorye, the New Patriotic Party’s Parliamentary Candidate for Kpone-Katamanso Constituency in last year’s election.

In last week, Hopeson Adorye, on the same platform alleged among other things that, the Regional Chairman of the party sabotaged his campaign in Kpone-Katamanso leading to his defeat and thus vowed to unseat him in next year’s regional election.

“As the Chairman of the Kingmakers Association of Greater Accra, I can assure you that, I’ll do everything within my power to make sure that we unseat Chairman Divine Agorhom, and elect a formidable Chair”, he emphasized.

Chairman Agorhom who was in the studio on Tuesday, October 12, 2021, to talk about the party’s upcoming Regional Annual Delegates Conference used the occasion to refute the claims of Hopeson.

“Why and how will a Chairman who wants to win seats to have a bragging right sabotage his Parliamentary candidates? Who does that?”, he queried.

Jumping to the defense of the Regional Chairman, the former Chairman of the Greater Accra MPs Caucus in Parliament averred that it was unfair and misleading for anybody to accuse Chairman Agorhom of the party’s poor performance in the region in the 2020 general election.

According to Titus Glover, the NPP’s loss of seven out of the 21 seats it held in the region (Krowor, Tema-East, Okaikoi-North, Ledzokuku, Ablekuma-Central, Adenta, Madina constituencies) slipped through the party’s fingers as a result of unresolved internal bickering and lack of cooperation between the candidates and the regional leadership of the party.

“No one can and should hold the Regional Chairman, [Divine Agorhom] responsible for the loss of seats in the region. We [Parliamentary candidates/MPs] must blame ourselves. Our behaviors, petty quarrels, and vindictive attitudes gave out those seats to the NDC”, he added.

Dr. Okoe Boye, former MP for Ledzokuku constituency also sent a text message to the host to corroborate Titus Glover’s assertion, part of which read, “…greetings to my Chairman, Divine Otoo Agorhom, he did his best for me, but God knows best.”

CALL FOR UNITY AND THURSDAY’S ANNUAL DELEGATES CONFERENCE
In a related development, the Greater Accra Regional Chairman, Divine Otoo Agorhom has called for peace and unity among the rank and file of the party in the region.
His call comes on the back of allegations of tribal politics made against him by Hopeson Adorye.

According to Chairman Divine, he, as a Regional Chair of the NPP will be the last person to subscribe to tribal politics, knowing the danger it poses to the country.
He thus advised warmongers on that path to tread cautiously and eschew such divisive tendencies which tend to plunge the country into chaos.

Ghana Will Be A Major Exporter of Reliable Electricity - Minister