‘We Will Give Liverpool Guard Of Honour’ 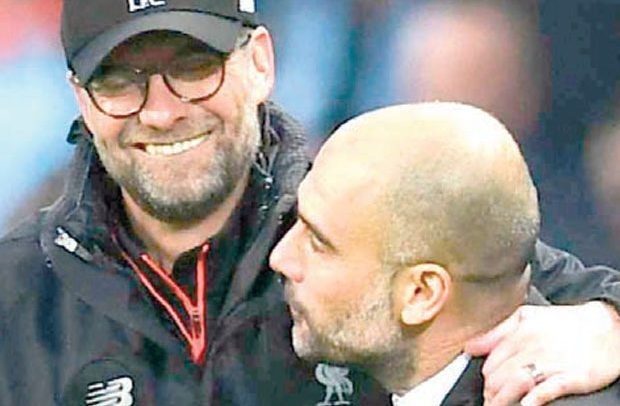 It will be Liverpool’s first game since their 30-year wait for a league title was ended after City lost at Chelsea.

“We are going to do the guard of honour, of course,” City boss Guardiola said.

“We will greet Liverpool, when they come to our house, in an incredible way. We are going to do it because they deserve it.”

Meanwhile, Guardiola has again refused to say whether he will be willing to extend his City contract when it expires in 2021.

By then, he will have spent five seasons in Manchester, longer than he was in charge of Barcelona, and there is speculation he will be looking for another challenge.

Speaking before Sunday’s FA Cup quarter-final at Newcastle, Guardiola said, “I am incredibly hungry for this part of the season and the next one and after that we will see. I am incredibly satisfied to be at this club. I don’t want to think too much about things that are far away.”