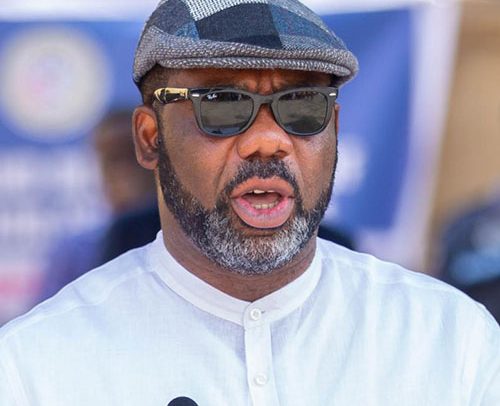 Government has stated that it is well on course to bringing an end to the current electricity challenges in Ghana.

Minister of Energy, Dr Matthew Opoku Prempeh made this known to the media on Sunday, May 16, 2021.

According to him, most of the ongoing energy projects including the Kasoa Bulk Supply Point, were nearing completion.

Kasoa bulk supply about 60 percent complete, he said, adding that Kumasi to Kintampo 350kva about 65% complete.

He said most transmission lines were being replaced as earlier announced.

He therefore called on Ghanaians to support
Government in fixing the electricity challenges in the country.

Delivering his address from the Information Ministry, the Minister notes that “I have spent some time speaking to a section of Ghanaians, interacting with the media, feeling the pulse on social media, and I have come to the conclusion that we all mean well for the sector and Ghana as a whole. Let’s fix together &win.”

“The problem is being fixed.
With patience and support this government will deliver its work”, he noted.

He assured that Government will continue to find money to fix the critical technical challenges with Gridco and VRA to ensure efficient power supply.

He said some of the problems in the energy sector “have been with us for ages.”

For instance, most of the transmission lines being used across the country were those that were being used in the 1960s.

As a result, he said largely over the last four years what was done was to solve dumsor.

We have saved $1.4bn in PPAs Deferment - Govt