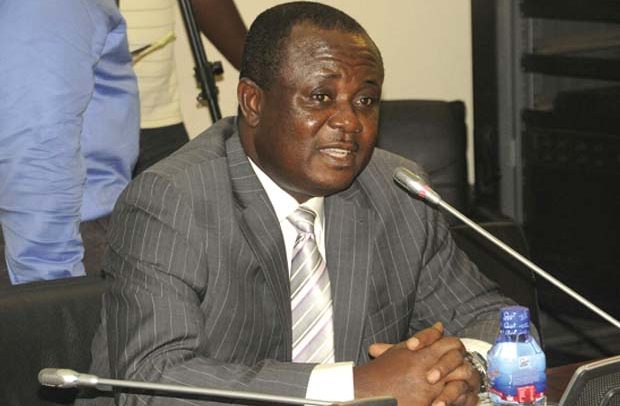 The Chairman of the Appointments Committee of Parliament, Joseph Osei-Wusu, has categorically stated that the committee has no power to reject the appointment of nominee Ministers of State as being claimed.

Responding to claims in the media that some designated Ministers of State have been rejected by the committee, Mr. Osei-Wusu, popularly known as Joe Wise, said “the House may accept or refuse our recommendations. There is nothing going on here which is final.”

He intimated that such understanding would guide and influence discussions of members of the committee, and warned those involved to stop pretending that “some authority is vested in us as committee or individual members to make conclusions on the fate of nominees.”

“Some of them, I looked at them myself and compared to the answers that were given; they were not matching the issues that were alleged to have been raised,” the committee chairman pointed out and asked the members to stay away from making public pronouncements on “things which undermine the integrity of this committee.”

“If you go out to say a person said A, B, C, D, E for which reason we are doing X, Y, Z, but the video shows clearly he did not say the things you are alleging he said and you purport to speak on behalf of the committee, which has not asked you to; purports to be a decision when the committee has not taken any of such decision.

“I think it was for some good reason that the leadership decided that these were the matters, and we would discuss them and we agreed and we moved on. Those matters are matters you said you wanted clarification,” Mr. Osei-Wusu, who is also the First Deputy Speaker, stated.

He indicated that “before the matters reached me they were already being discussed in the media. I think it is most unbecoming of us. Anyone of us who participated in this or encouraged this discussion…indeed by our Standing Orders, one of the acts which could bring you to the Privileges Committee was discussing matters at committee which was intended for the House but had not reached the House.”

Working as a Team

“Sometimes people say I am too strict, but truly that is my training. These are the rules and we go by it. Please let us work as a team and as a committee. We can always agree to disagree and that is why it is a democracy. But we should not take out of here matters which have not been decided by the committee and discuss as if they are committee decisions,” he said.

“If you read any of our report you won’t find them but you are presenting as things that have happened in the committee. I encourage members to move away from that and work as a team,” he said.

The Minority Leader, HarunaIddrisu, who is the Ranking Member of the Committee, said the committee collectively took decisions, and that there was nothing like “the Minority Caucus or just the Majority Caucus; it is just all of us working together as a committee to assess the ministers.”

“We examine knowledge of subject matter, we examine temperament when necessary. It is not whether a nominee is arrogant or not arrogant. That is not our business. We may look at your temperament and humility and the way which you relate to Ghanaians in the distribution of public goods and services,” he indicated.

According to him, the committee “will also look at your contribution of public service, integrity and morality. My understanding as many as are speculating is that the chairman will forward to a number of our colleagues legitimate concerns that we have raised about them and therefore when that is communicated, we will look at them.”

Mr. Iddrisu said, however, that what the NDC MPs on the committee were demanding, in respect of nominee Hawa Koomson, was further information required on the shooting incident in order to take a decision.

He continued that they were unhappy about a supposed termination of a contract at the Ghana Ports and Harbour Authority (GPHA) and would want Dr. Owusu Afriyie Akoto, Minister-designate for Food and Agriculture to provide them additional information.

He indicated that the termination of the contract occasioned some loss and said this had become a major disincentive to foreign investors.

For Kojo Oppong Nkrumah, Minister-designate for Information, “we are carefully reviewing the tape of his answers to our questions to appreciate. It has to do with Oval Microfinance and the official position of the Bank of Ghana on it. We require clarity from the Bank of Ghana as to whether he owes or not. There is a matter relating to a media house that is also being looked at.”

“Kwaku Agyemang- Manu, we demand that somebody must be responsible for the procurement of the Frontiers Healthcare Services which is charging Ghanaians $150. We seem not to be getting satisfactory answers as to how the procurement process was done and completed. We have some evidence of information of renting in it. He has to respond to it, including the La Polyclinic,” Mr. Iddrisu said.

In respect of Ursula Owusu-Ekuful, the Minority Leader noted that the nominee for the Communication Ministry gave some assurances regarding the contract with the KelniGVG, saying, “We are looking at it in terms of the monthly issues, and as I said, her clarification on some matters relative to the closure of some radio stations.”

“Kwasi Amoako-Atta is just to respond to the issue of the PPP contract which was signed for the Tema Motorway expansion which figures increased from $480 million to $570 million. There is no cabinet or parliamentary approval and the PPP law has been signed. We are elucidating some information on this to get clarity from him of the status of it.”

“I don’t think that people should conclude that there is some wrongdoing concluded by the Appointments Committee or there is an untoward issue.”

On the Attorney General and Minister for Justice-designate, Godfred Yeboah Dame, Mr. Iddrisu said that the NDC MPs would want the nominee to also respond to some matters relative to his role at the PPA.