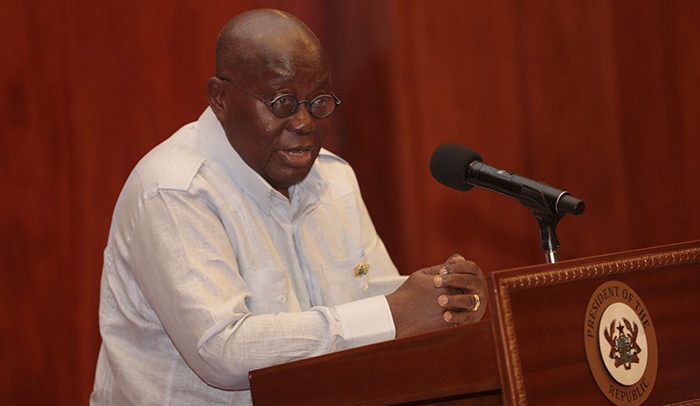 President Nana Addo Dankwa Akufo-Addo has submitted that former President John Dramani Mahama’s own data that he generated to the Supreme Court for assessment in the Presidential Election Petition showed clearly that he (Nana Akufo-Addo) was the winner of the December 7, 2020 election as declared by the Electoral Commission (EC).

He said in his final address to the court before judgment tomorrow that the former President’s principal witness, Johnson Asiedu Nketia, agreed with the EC’s counsel, Justin Amenuvor, during cross-examination that he (President Akufo-Addo) was credited with some 6,776,066 representing some 51.263%, while the NDC candidate, the former President, polled 6,265,276, representing some 47.397%.

“My lords, apart from the petitioner’s pleadings, which substantially concern matters relating to the declaration of the presidential election of 2020, relevant part of the evidence of Mr. Nketia, petitioner’s first witness in particular, under cross-examination on January 29, 2021 can also, no doubt, be said to underscore the true essence and object of the instant suit, as conceived by petitioner and his witnesses,” the President said through his lawyers led by Akoto Ampaw in the final address to the seven-member panel.

“My lords, this is what transpired between him and lawyer for first respondent which we wish to quote copiously for full effect,” he said.

EC Counsel (Mr. Amenuvor): Now what was the source from which you obtained information to draw up your Exhibit “E” for this honourable court?

Asiedu Nketia (Witness): My lords, Exhibit “E” was based on the first respondent’s own data.

Counsel: But you have gracefully brought it to the attention of the court you want to rely on it. Is that not so?

Witness: Yes, we want to rely on it to the extent that we want to prove a case against the first respondent.

Counsel: In Exhibit “E” there are votes assigned to the petitioner, the second respondent and all the other presidential candidates. Is that not so, that is on the last page of Exhibit “E”.

Witness: By the first respondent, yes.

Counsel: Now what we have here is 6,776,066 for the second respondent. Is that correct?

Counsel: That is what is on it. Is that correct?

Witness: I don’t know; it is in this statement.

Witness: According to this document submitted by the first respondent.

Counsel: It is your document that we are looking at please, now look below the figures we have just gone through for second respondent, there is a percentage of 0.512614731. Is that correct?

Witness: That is correct.

Counsel: I am suggesting to you that this works to a percentage of 51.2614.

Witness: A percentage of what?

Counsel: A percentage of the total valid votes also on this sheet.

Counsel: That is correct?

Counsel: Now for the petitioner we have 47.397 assigned to him by your sheet. Is that correct?

Witness: Which of the numbers; you asked about percentage and you are now asking me …

Counsel: It is not true that the first respondent padded any votes as you alleged. I am putting it to you?

Witness: My lords, I decline to that assertion.

Counsel: Now in your Exhibit “F” you alleged that 4693 votes were added in favour of the second respondent. That is your allegation.

Witness: My lords, if you look at my statement, I indicated that I would bring a sample of the constituencies and the polling stations where padding took place; I did not indicate that that was an exhaustive list of all the places where the padding took place.

Counsel: We are using the numbers you have brought to the Court to assist. I am saying that the total of 4693 is what you have put down there. Is that correct?

Witness: I brought it as a sample. I did it in my statement and actually indicated that this was from a sample of this particular constituency. I don’t understand sample to mean the total of the population.

Witness: With all due respect I don’t see the point of the question.

Counsel: With the greatest respect you are being rude to the court and not me.

Counsel:I am suggesting to you that even if this your number as alleged which is denied, even if it is deducted from the total valid votes of the second respondent, he still has won by your own sheet by 51.246%.

Witness: My lords, I deny that because now you are subtracting apples from mangoes. This is a sample; you want to take a sample from a population of another group. I don’t see where the calculation is coming from.

Counsel: I am suggesting to you that you will have no evidence to support the allegations and that is why you have brought only what you have.

Witness: We are not in court to try to declare another presidential results by us. We are in court to challenge the performance of constitutional duty of the first respondent and to see whether that duty has been discharged faithfully.

“Not having pleaded these fundamental material facts and no evidence having been led on same, it is our humble submission that this petition does not qualify to be an election petition,” he pushed.