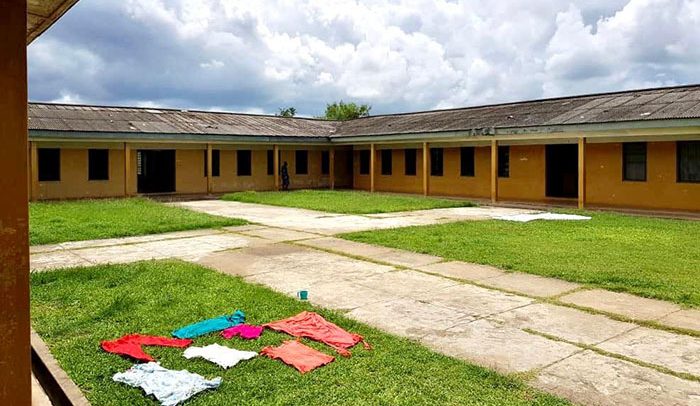 One of the renovated projects

The 1994 year group of the Wesley Girls’ High School (Wey Gey Hey) has completed a major renovation of the female ward of the Ankaful Psychiatric Hospital (Forster Ward) located in Cape Coast in the Central Region.

Representatives of the group on Saturday visited the premises where they officially handed over the renovated facility to management of the hospital.

The group also donated other relief items to the hospital to be used for the care of patients.

In her address, the President of the group, Commander Naa Ayeley Akwei-Aryee, disclosed that undertaking the project formed part of activities to commemorate the group’s 25th anniversary since completing high school.

“We the 1994 graduating class of Wesley Girls’ High School decided to give back to the wider community that nurtured and contributed to our formative years. After brainstorming on what to do, we settled on this project. It is a decision we have not regretted and we derive so much joy from it,” she said.

She added that the group considered it important that women living with mental illness be treated with dignity and provided with a clean healthy environment for healing.

On her part, Mrs. Cynthia Darko Acquaye, the supervisor of the project, added that the ultimate dream of the year group after observing the abject conditions at the facility was to bring it up to the standard of an ultra-modern facility, providing a befitting therapeutic environment that would uphold the nobility of all patients.

The Director of the Ankaful Psychiatric Hospital, Dr. Kwadwo Obeng Marfo, expressed the gratitude of his outfit to the group for what he described as “an extraordinary demonstration of love.”

“This is the most extensive renovation that has ever been done at the Ankaful Psychiatric Hospital here in Cape Coast. The level of work done is unprecedented and the impact it is going to have on the patients here is amazing,” he stated.

Blows Over Grave Yard At Odumase-Krobo