Blows Over Grave Yard At Odumase-Krobo 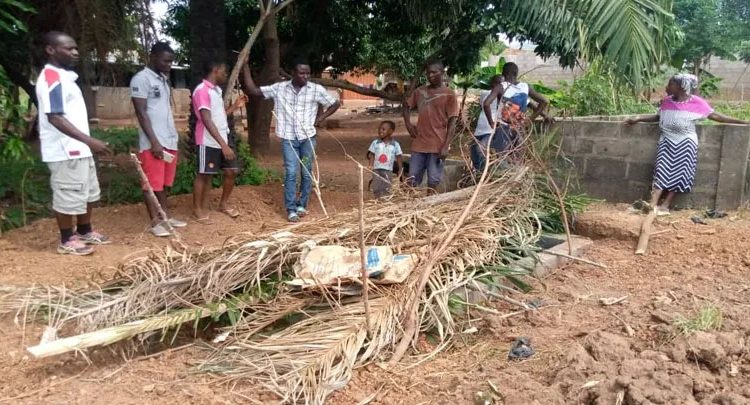 One of the graves

THERE is tension at Kodjonya-Menekpo in the Lower Manya Krobo Municipality in the Eastern Region over the siting of a grave yard close to wells and other sources of water in the area.

The siting of the cemetery in the middle of the community is being fought against because it could potentially pose health risk to the residents.

Information gathered by DAILY GUIDE indicated that it was being done by some family members who are bent on burying their deceased relative (Gyebi Lawer) in the area.

The residents have asked the family to bury the relative at the public cemetery instead of the centre of the community, but the family members are insistent because the land belongs to them.

Some of the angry residents

According to the residents, there is a health risk involved due to the proximity of the grave to about six wells that serve as sources of water in the area.

With the burial of the deceased scheduled for Saturday, 30th May 2020, the agitated residents have issued a stern warning to the family over their burial plans.

The residents said all efforts aimed at settling the issue amicably, including discussions with the bereaved family and the municipal assembly authorities, had yielded no results but vowed to resist any attempt to bury the deceased on the land.