When Pastors Learn From Jesus’ Humility 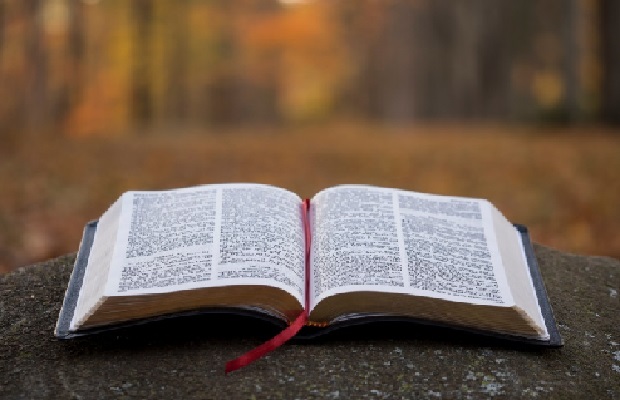 APOSTLES, BISHOPS and prophets did not hold a conference to choose Jesus Christ to be the Saviour of the world. Rather, it is Jesus who chooses and appoints them. Jesus states plainly, “You did not choose me, but I chose and appointed you that you should go and bear fruit and that your fruit should abide…” (John 15:16).

And no man ever had power to command Jesus Christ to learn anything from men to make Him a better Saviour when He walked the earth. But the Lord had the authority to command men and women to learn from Him. Jesus Christ is not a myth, but a living Lord, who heals both diseases of the body and soul at His will. Many are beneficiaries. Only sinners doubt His existence. Christ Jesus is superior to all popes, apostles, prophets, evangelists and bishops. There is no one like Him in all the earth.

One thing Jesus Christ did which pleased the Father was the life of humility He lived. Jesus was never proud, boastful, haughty and self-conceited. He knew that pride is destructive. It is written that pride goes before destruction, and a haughty spirit before a fall (Proverbs 16:18). Knowing the power of humility, Jesus commanded us to learn from His humility and reap its resultant benefits.

He said, “Come to me, all who labour and are heavy laden, and I will give you rest. Take my yoke upon you, and learn from me, for I am gentle lowly in heart, and you will find rest for your souls (Matthew 11:28-29). Jesus told these words to all His disciples especially His pastors. We are to walk with Him and learn from Him particularly His gentleness and humility. To be lowly in heart is to be humble or meek.

Now, how are we convinced that Jesus Christ was humble, and that His humility is worth emulating? The Bible tells who Jesus was before His incarnation. He had equal glory with the Father (John 17:5). He was at the centre of creation. By Him all things were created, in heaven and on earth…and in Him all things hold together (Colossians 1:15-17). All things were made through Him, and without Him was not anything made that was made (John 1:3).

And by which deeds did Christ Jesus demonstrate His humility? Christ’s humility is seen in how He emptied Himself of His divine graces and glory as God, by taking the form of a servant, being born in the likeness of men. And being found in human form, He humbled Himself by becoming obedient to the point of death on a cross (Philippians 2:6-8).

Jesus Christ’s humility is also seen in how He served and not to be served; He washed the feet of His apostles, attended congregational meetings early often times before His disciples came for Him to teach them, never lobbied for positions and never paid money to be conferred upon honourific titles so that He could be called Dr. Jesus Christ.

Consider who Jesus Christ was and is, His measureless anointing, the greatest works He wrought including His powerful words which forced evil spirits to come out of people, yet He never wanted to be called special names. He was just comfortable to be called Jesus Christ or Son of David by everyone. Often, His disciples called Him Master or Lord, and the multitude called Him Rabbi (Hebrew language) or Rabboni (Aramaic language), and our Lord would gladly respond without taking offence.

Now, if our Saviour, who is the subject of our learning, emptied Himself of His superior divine qualities and accepted to take on the form of man to dwell among sinful men in order to save us from eternal destruction, what are we supposed to do? Do we have to be proud, boastful, haughty and self-conceited? We have no option, but to fear and haste in learning from and about His humility.

But what do we see Christians especially pastors today? Are we really humble? What is the motivation for today’s craze for titles which the early ministers never used? It is simple. We want to be recognised, counted and respected at all costs by men. And this is pride. It is not about what men approve but what God approves. Indeed, when we have genuinely learnt from Christ Jesus, we would have emptied ourselves; cast down our earthly crowns, titles, academic credentials, social status, prestige, wealth and worshipped God in humility.

We know that God resists the proud and gives grace to the humble. Faith works by love and humility is the oil that fuels prayer (2 Chronicles 7:14). By humility, believers find rest for their souls. Humility before God moves Him to bless with promotions and advancements (James 4:10), and humility is necessary for endurance. A humble pastor decreases and makes Christ increase; he does not take credits for his accomplishments, but gives all glory to God.

Why The Telcos Need Ministerial Bashing

Gov't To Publish Findings On PDS Scandal Next Week