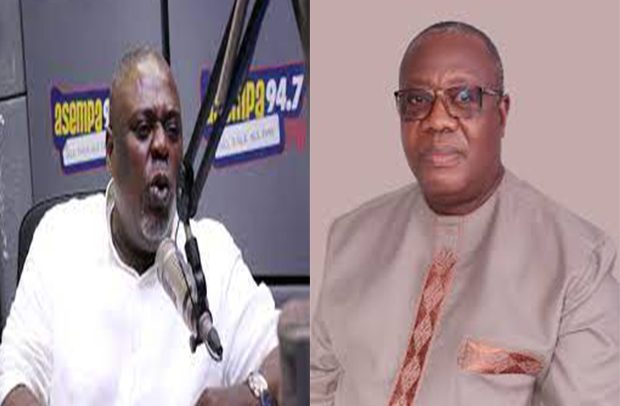 After the demise of President John Evans Atta Mills, a section of Ghanaians have been demanding to know what really killed him.

However, the response to the cause of the death appears to be difficult to know as no person is ready to provide evidence to let the public know what really killed the late President.

This has however left doubts in the minds of some Ghanaians that the former president died a natural death.

It appears the issue keeps begging for answer following the call by confidant of the late President to dare his brother Samuel Atta Mills, to produce the autopsy report on the death of the late president.

Koku Anyidoho and the Atta Mills Institute were accused on Tuesday by MP for KEEA, Samuel Atta Mills for desecrating the grave of the late President in the name of renovation.

Mr. Anyidoho alleged that Samuel Atta Mills has not visited the graveside of his brother in the last ten years “to care about the remains of his brother.”

He explained that the renovation at the Asomdwe Park is to “glorify God and Ghana to move away from the level of ignominy that Asomdwe Park sat in. Sammy Atta Mills should be ashamed of himself.”

He contended that the remains of the late President have not been removed.

This Sunday will mark the 10th Anniversary of the death of former President John Evans Atta Mills.

According to Mr. Anyidoho, a memorial thanksgiving service will be held after which President Akufo-Addo will commission the Asomdwe Park.

Atta Mills Institute a non-governmental organisation being managed by Koku Anyidoho, an aide to the late Prof. Atta Mills, says they are rehabilitating the ‘Asomdwe Park’ where the mortal remains of the ‘Asomdwehene’ were buried.

But Samuel Atta Mills was of the view that the current arrangement goes against custom.

Meanwhile, the Coastal Development Authority (CODA) the department in charge of the redevelopment of the Asomdwee Park has denied tampering with the tomb of the former President at the graveyard.