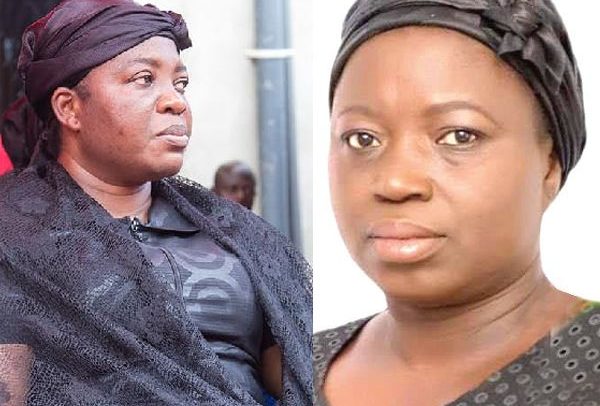 Two candidates who entered the parliamentary race to continue the candidature of their husbands have won their seats.

They are Ophelia Hayford – representing the ruling New Patriotic Party in Mfantseman in the Central Region; and Lydia Akanvariba Adakudugu of the opposition National Democratic Congress (NDC) – representing Tempane in the Upper East Region.

Ekow Kwansa Hayford, the Mfantseman MP, was shot dead by supposed armed robbers on his way home from campaign activities in his constituency in the wee hours of October 9, 2020, leaving the entire nation in a state of shock.

The MP filed his nomination on Thursday, October 8 and was gruesomely killed the same night by supposed armed robbers on the often quiet Abeadze-Dominase-AbeadzeDuadzi-Mankessim road in the region.

His wife, Mrs. Hayford, who was a serving police officer resigned from the service to take up the nomination of the NPP after the death of her husband.

Despite her late entry into the race, Mrs. Hayford was able to get 36,021 against James Odziifo Essoun of the NDC, who had 32,438 votes.

In the Tempane District of the Upper East Region, Mrs. Adakudugu, a nurse, polled 20,939 votes representing 55.99% to beat the incumbent NPP candidate and Deputy Attorney General, Joseph D. Kpemka, who got 16,461 of the votes cast representing 44.01%.

Her husband, David Adakudugu, popularly known as “Achisco” in political circles, died in September 2019, in Tamale after a short illness.