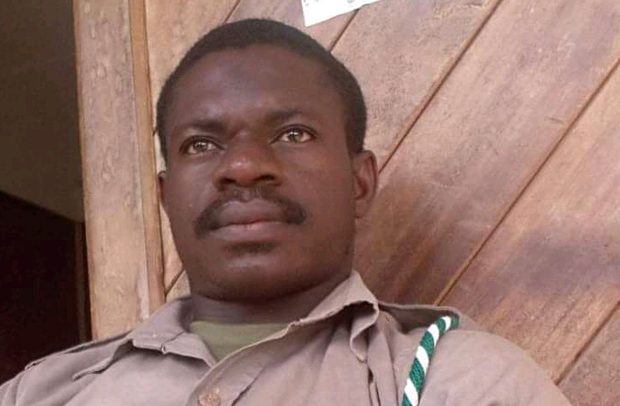 An Employee of the Wildlife Division of the Forestry Commission has reportedly left the world on a sour note after he accidentally shot himself at close range.

Seidu Benjamin, stationed at the Bomfobiri Wildlife Sanctuary, reportedly shot himself in the chin area on Thursday morning, in front of some of his colleagues.

The deceased was said to be in a vehicle of the Wildlife Division with his colleagues, ostensibly, to take part in the Green Ghana Project, when disaster suddenly struck.

A police report, sighted by the DAILY GUIDE, noted that Seidu, 38, was in possession of a single barrelled gun as he journeyed with his colleagues in the vehicle.

The pickup vehicle, registered GE 7608-09, was said to be heading to Drobonso in the Sekyere Afram Plains District, when suddenly the single barrelled gun discharged a bullet.

Seidu was said to have died suddenly as blood oozed from his gaping chin, as his helpless colleagues, who were said to be shocked-to-the-marrow, wept uncontrollably.

The heartbreaking story was reported to the police at Kumawu, in the Ashanti Region, who deposited the body in a mortuary. Investigations have since commenced.

The single barrelled gun, which is the exhibit in the case, has since been taken to the Forensic Laboratory for ballistic examination and report, the police report concluded.