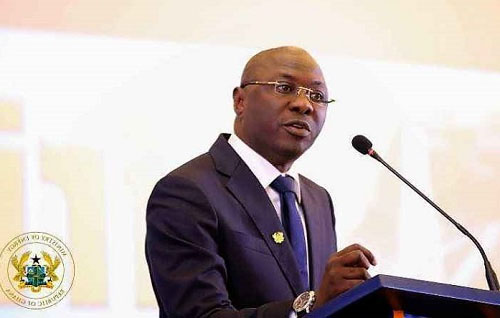 DEPUTY ENERGY Minister-Designate, Dr. Mohammed Amin Adam, says auctioning of petroleum blocks should be the default process for giving up oil blocks because of the transparency around it.

According to him, such a process also allows competition among prospecting companies that come in and invest, adding that he supports this arrangement.

“Mr. Chairman, there are certain blocks that are very difficult for any company to move in there.  The ultra-deeps of our oil are blocks that require companies with certain specialised skills,” he told members of the Appointments Committee of Parliament on Thursday.

The Karaga NPP MP, who was responding to questions at his vetting, said “this is why our law provides for direct negotiation. For example, we can go and invite ExxonMobil alone to come because of the nature of the block.”

“That is provided in our law, but the default, I think, should be the auditioning – competitive bidding process,” Dr. Amin noted.

The nominee also said he would support the possibility of merging the Public Utility Regulatory Commission (PURC) and the Energy Commission, and disclosed that this process started about two years ago “when we commenced discussions on the institutional realignment of the sector.”

“You have too many institutions that are involved in regulating the same industry, and over regulation is one of the problems of investors. And so to bring efficiency into the sector, particularly in regulation, the need to merge the two institutions came up in a discussion,” he explained.

“So if you have to realign to bring efficiency, it is, in my view, appropriate to bring technical and economies regulations together, and that will lessen the burden investors have to go through to be able to get their licences and permits,” he asserted.

“So I support that view and I will support my minister to look at it,” the nominee stressed, adding that for all such regulatory institutions their independence was to the extent of their operations, but when it came to policy, the ministry determined policy directions for them.

According to him, such will still be the case even when the two are merged, adding “you will recall that Ghana made discoveries of oil at the time GNPC was made to focus on its core work of exploration – looking for oil.”

He said Ghana Gas Limited was established when the country discovered oil because of the indigenous gas production and “so activity went down. Therefore, if we have to revive activity, then refocusing GNPC on its core mandate became appropriate.”

“We have a new industry which is mainstream. You need an agency that will develop the secondary and the primary gas market and GNPC cannot focus on its core mandate and at the same time develop a new industry.

“So the separation of Ghana Gas from GNPC was to allow Ghana Gas to develop and shepherd the growth of the gas industry which is very important for us because that is where the value addition is,” he indicated.

“As for oils, we export and when they are refined they are brought back, but for gas, there is a direct integration of gas in our economy. Industries need gas to power generation and therefore you need an agency that could focus on growing the primary and secondary gas market,” he added.