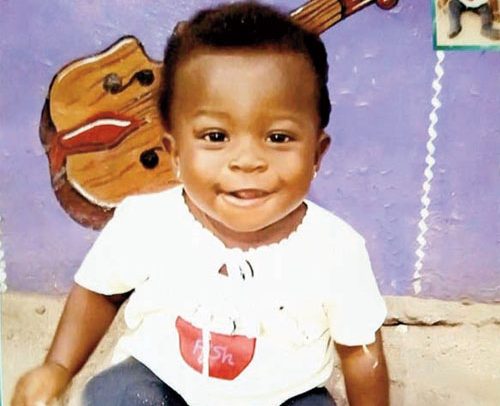 A 20-year-old woman ran away with an eight-month-old baby on Wednesday at Asuboi in the Ayensuano District of the Eastern Region after she begged the baby’s mother to carry her to go and buy food.

The woman, Ama Priscilla, is the girlfriend of one Agyemang Maxwell, aged 22.

Janet Agyeman, mother of the baby, told the police that Priscilla visited her boyfriend on Wednesday when she was preparing fufu with him.

Because Priscilla doesn’t eat fufu, her boyfriend gave her money to go and buy rice at a store. It was at that time that she pleaded with the baby’s mother to carry the child to the roadside to buy the rice.

Agyemang Maxwell said he met Priscilla at Nankese, a suburb of Suhum, some three months ago and decided to date her. The lady told him she stayed and worked at Achimota in Accra. She further told Maxwell that she once gave birth to a child but the child did not live long and passed away.

Ama Priscilla has not returned with the baby since Wednesday and all attempts by Maxwell and the baby’s mother to reach her via her mobile phone have been unfruitful.

The matter has since been reported to the Suhum Police. When contacted, the police said their outfit was investigating the matter.

Maxwell has been arrested and is assisting the police in investigations.

The family is therefore appealing to members of the general public to help them arrest the suspect who is currently at large.