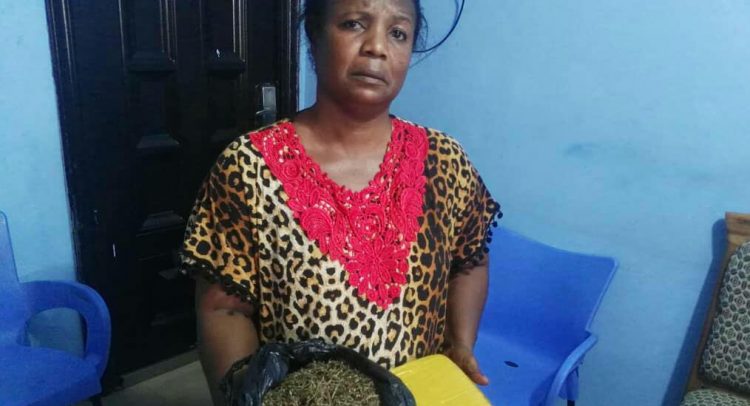 A FORTY-SIX-YEAR-OLD woman has been arrested by personnel of the Ghana Police Service at Katamansu in the Greater Accra Region for possessing quantity of dried leaves suspected to be marijuana.

The woman, Vida Adjaho, was arrested at her house where she reportedly deal in the alleged illegal product to smokers.

Confirming the arrest to DGN Online, Chief Inspector Stella Dede Dzakpasu, acting spokeswoman for the Tema Regional Police Command said on Monday, January 4, 2021 at about 10:30am, the Zenu/Atadeka Police Patrol Team arrested and brought to the station suspect Vida Adjaho with a quantity of dried leaves in a black polythene bag and one parcel of dried plant, both suspected to be cannabis.

According to her, the patrol team while on day patrols duty at Katamansu and its environs, the team had intelligence that, the suspect is peddling in substance believed to be narcotic drug in her house at Katamansu.

Immediately, she said that the team proceeded to the residence of the suspect and a search conducted in her room led to the retrieval of the substance.

Chief Inspector Dzakpasu continued that the suspect was arrested with exhibits to assist with investigation.

She said the suspect would be arraigned after completion of investigation.

The police spokeswoman advised the public to desist from peddling in drugs to avoid facing full rigors of the law when caught.