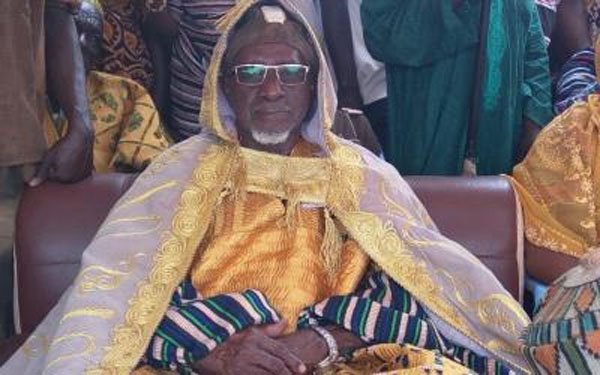 According to the statement, the decision was arrived at based on the Bole skin which is before the Judicial Committee of the Northern Regional House of Chiefs filed on 22nd October, 2018 by Mandariwura Abdulai Issahaku petitioner.

The statement further said that the Judicial Committee of the Northern Regional House of Chiefs has not delivered judgement on the case regarding the skin.

The Yagbonwura in the statement said the Bole township is currently under curfew, adding that the Gonja state wanted peace to prevail in the Bole Traditional Area.

“I, Yagbonwura and the council of elders therefore expect the law abiding people of the Bole Traditional Area to comply with the decision in the interest of peace,” the statement read.

He entreated the Savannah Regional Minister and members of REGSEC to take pragmatic measures with immediate effect to stop any Damba festival celebration in the Bole Traditional Area.

In June, this year, Chieftaincy clashes erupted during the celebration of Eid-ul-fitr prayers in the Bole district between Chief Abdulai Issahaku and Chief Abubakari Abutu factions.

Two houses and a pick-up of Chief Abutu Bukari were burnt as a result of the clashes.

Bimbilla: At Least Three Shot During Clashes At Damba Celebration