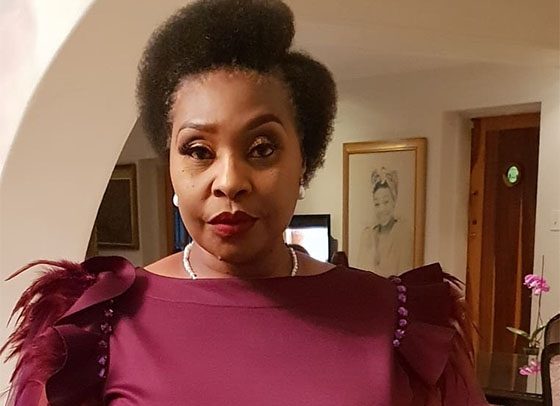 This follows this weekend’s attacks on her daughter’s shop. Thugs looted her shop during Sunday attacks, making her one of several business owners who lost merchandise worth thousands of rands as result of xenophobia.

The looters destroyed the store in Maboneng, Johannesburg and made off with all its stock.

The musician arrived home from Namibia on Sunday to learn that her daughter’s store had been looted by thugs.

She described the current xenophobic situation in South Africa as “too much lawlessness” and called on the country’s president to something about it because Africans need one another.

“I am dumbfounded, confused, frustrated and have lost faith .people protesting broken into my daughter’s shop and looted .All in the name of foreigner must leave SA .No man is an island my fellow brothers and sisters we all need each other. Too much lawlessness. Mr President do something. Mr Cele do something. Girls are dying Children are dying women are dying . On the other hand we are fighting our African brothers What is this world coming to. Life has become so cheap no respect for life and for one another. God have mercy,” she said on Instagram when she shared photos of the looted shop.

Local eyewitness news reported that a group of men had raided the city’s central business district on Sunday morning, demanding that foreigners leave the area.

The city’s police chief David Tembe confirmed that two people had died from gunshot wounds and stabbing, adding that cars, buildings and businesses had been vandalised.

“I think this is pure criminality because some of the shops that were burned did not belong to the foreigners, it belonged to South Africans,” Tembe said.

Meanwhile, Nigerian government on Saturday dispelled reports that there had been an explosion at the Abuja premises of the South African Embassy in response to attacks in South Africa.

Information Minister Lai Mohammed told the media that the reports that had been making the rounds were untrue and that no such incident had taken place.

A statement by his media aide said the “explosion” was fake news orchestrated by the desperate opposition to cause panic and chaos among the populace.

Let Us Clean The Register Together