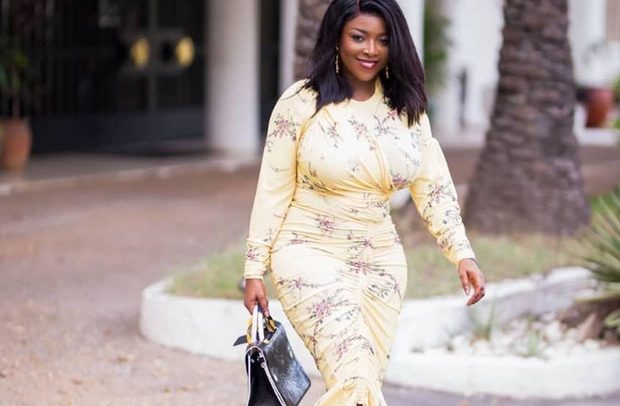 Actress Yvonne Okoro has registered her displeasure over how some people who have been creating Facebook pages in her name and using them for their parochial interest.

She has, therefore, asked the public to be careful in dealing with such faceless persons behind those accounts.

One of such fake pages, she indicated, is the Facebook page with 200k likes which bears her name and her profile photo.

The account has currently been posting news stories about Ghanaian celebrities and adverts.

The page has eight persons managing it. Out of that number, six of them are from Ghana and two others in the United Kingdom.

The award-winning actress said she is not the one behind that page.

“I get calls from people about stuff on those accounts but it’s not from me. I don’t know anything about those pages. Those doing that should stop it,” she warned on Monday.

Ms. Okoro joins a number of Ghanaian celebrities who are currently facing some form of impersonation on social media. The faceless people who create the accounts use the details of the celebrities and go to the extent of duping unsuspecting social media users with it.

The actress disclosed that she uses just two accounts; her personal page and fan page. The personal page currently has a video of her and comedian Kalybos as one of the profile images, while the fan page has 164k likes.

Yvonne Okoro is one of Ghana’s most celebrated actresses with great movie records. The ‘Ghana Must Go’ actress and producer has also made her name beyond the borders of Ghana.