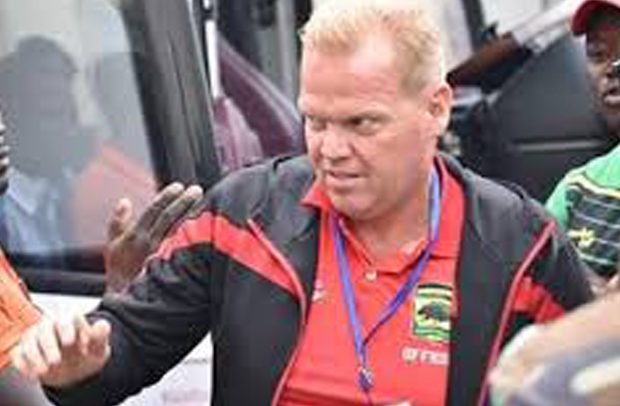 The Norwegian coach has described the Kwame Kyei administration as a unit which knows next to nothing about club management.

Last November, his employers axed him after failing to fulfill his part of the contract, having made it to the CAF Champions League Group stage.

He supervised a poor Champions League campaign, reaching the first round stage where they lost to Tunisia’s Etoile Sportive du Sahel.

The results pushed them to the Confederation zone, where they again exited prematurely to less fancied Cote d’Ivoire side San Pedro.

And explaining what accounted for his poor supervision on Oyerepa FM, he said, “I always believe that coaches need to be coaches and management should be doing management ‒ they should never mix that.
“But the way, what they did it was way over the line, far over the line. When they point with their finger to one person, three is going back to them. They should not blame others but they should blame themselves.”

“All of them in the management should leave their posts, all of them, they should have left when I left.

“All of them, [club CEO] George Amoakoh can stay maybe, he has some experience.”

Meanwhile, Edmund Ackah, a former Kotoko management member, has hit back at Zachariassen, describing him as a criminal.

“This is somebody who was trying to bring in a U-17 goalkeeper from Côte d’Ivoire to Asante Kotoko when we had the likes of Felix Annan, Kwame Baah, Danlad and Muntari Tagoe which management opposed. Same management he’s attacking today alerted him on his coaching certificate that it was inappropriate which he didn’t know,” he disclosed.