Save The Woman Foundation NGO Launched 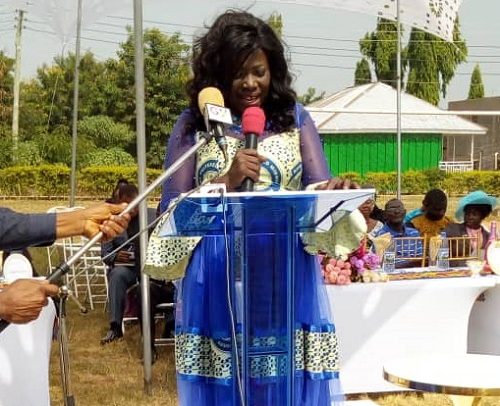 A Nigerian envoy – Michael Olufemi Abikoye – has charged Yorubas living in Ghana to contribute to the country’s development since God has blessed their businesses in the country.

The envoy was speaking during a colourful symposium organised by the Greater Accra Region Yoruba Chapter of the Yoruba Community of Ghana at the Holiday Inn last Sunday.

The envoy commended the organizers for putting together such a wonderful programme and urged Yorubas in Ghana to teach their children the language and to keep in touch with the home base.

“Even as you live here keep your Yoruba values,” he charged Yorubas in Ghana. To the organizers he urged them to continue to organize such get-togethers as they enhance unity among Yorubas here. “I had to suspend my trip to Abuja so that I can honour the invitation to attend this programme,” he said.

The envoy has been engaged in unifying members of the Yorubas both in Accra and in Kumasi, and his efforts have gone a long way to achieve positive results.

The envoy was one of the recipients of the awards which he dedicated to all Yorubas in Ghana.

The programme which was themed: “Importance of our togetherness; core values of the people of Yoruba” entailed a symposium and the presentation of awards to outstanding personalities.

Instructively, the awards did go to non-Yorubas only as the CEO of a local Hausa radio station, Marhaba FM, Alhaji Abdullahi Baba Sheriff, was recognised for his contribution to the development of the ethnic group by offering it airtime.

He thanked the organisers for the honour and recalled how he accepted a request from a young lady for airtime to run Yoruba programmes, an effort which has grown with time.

A number of Yoruba businesswomen in Accra were recognised for their successes in their various fields. Other recipients were Alhaji Musa Baba, President of the Yoruba community, Ghana, and Alhaji Razak El Alawa, a renowned and veteran journalist who retired from the ‘Daily Graphic’ many years ago.

In his keynote address to the gathering, A.R. Gomda of the ‘Daily Guide’ recalled the contribution of Yorubas in the development of the country in which there are fourth generation members of the ethnic group.

He charged them to remain united and avoid tendencies which can disrupt their front as members of the same ethnic group.

The Yoruba community in Accra is planning a cultural centre – Odua House – where social activities will be held.