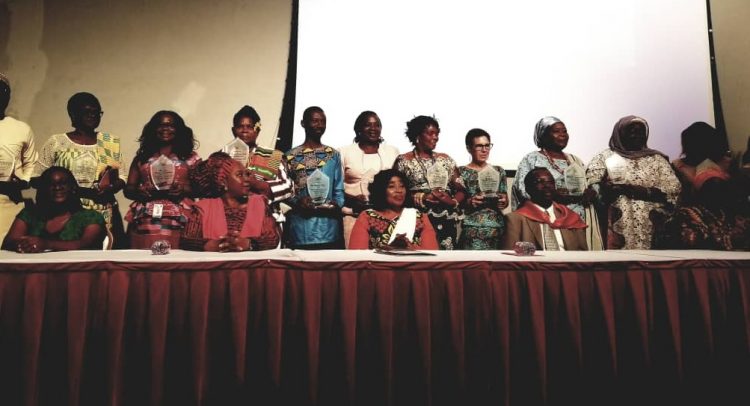 The Ministry of Gender Children and Social Protection (MoGCSP) has honoured 15 gender-based violence activists and organizations for their support and advocacy roles against violence among women and girls in the country.

The award ceremony held yesterday in Accra was organized under the 16 Days of Activism Against Gender-Based Violence campaign. This year’s campaign is themed “Unite Activism to End Violence Against Women and Girls”.
The theme seeks to bring together gender-based violence organizations, activists, civil society, and women’s rights organisations as well as government partners to advocate for inclusive and long-term strategies to eliminate violence against women and girls.
Delivering the keynote address at the award ceremony, Deputy / Minister Designate for the Ministry Of Gender Children And Social Protection Laariba Zuweira Abudu said gender-based violence which includes Intimate Partner Violence, Female Genital Mutilation, Harmful Widowhood Rights, Child Marriages, and Forced Marriages amongst others have deep cultural routes as well as religious routes that affect the well-being of the larger populations.
“Some women have been socialised to accept that it is normal to be abused by their husbands. Others equally think it is proof of love for a man to beat his wife. These abuses that are meted to women and girls show the luck of empowerment and support from communities to speak and act against these abuses,” she said.

The Ministry believes in empowering communities to speak and act appropriately against the various fits of abuse that affect women and girls.

“Given this, the concept of paralegals was introduced in 2019 and so far, over eighty market executives have been empowered with basic knowledge in our legal frameworks to better respond and assist survivors at the markets and their communities. This concept is intended to be replicated in all regions in the country,” the minister noted.

The minister reassured the government’s efforts to provide empowerment opportunities for women and girls as well as support all structures working in the areas of prevention, prosecution, and rehabilitation of survivors of sexual and gender-based violence.

In a speech read on behalf of the British High Commissioner, Harriet Thompson stated that UKAiD for the past two years has supported over 121,000 girls from disadvantaged backgrounds and parents to stay in school.

On health, the UKAiD is saving lives through infant and maternal health programmes.

“We know that education is fundamental to enabling girls and women to exercise their social, political, and economic rights. And our work to strengthen voices against gender-based violence to strengthen community-level engagement is reducing the incidence of violence.”

The statement added, “It is increasing awareness, strengthening the capacity of state agencies to prevent and respond to issues on violence. The UKAiDS has also supported ten child-friendly gender-based violence courts”.

The award ceremony witnessed the 15 recipients receive a plaque and table-top refrigerators as rewards for their support against gender-based violence in the country.