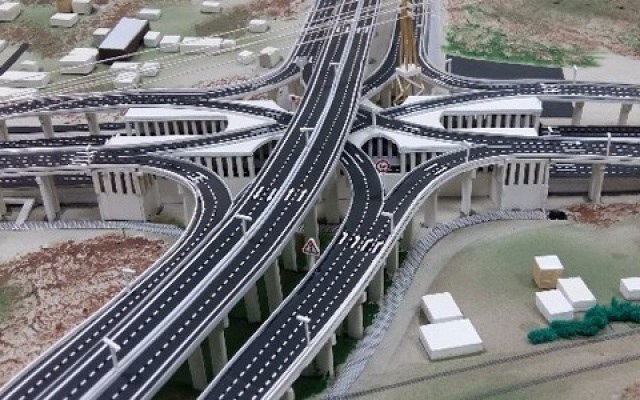 The Obetsebi Lamptey Interchange and the ground roads of the Pokuase Interchange—all in Accra—are expected to be opened to traffic next month.

Roads Minister Kwasi Amoako-Atta disclosed this as part of government’s plans when he inspected some road projects in Accra yesterday.

The minister said the second phase of the Obetsebi Lamptey project would commence between December 2020 and January 2021; but before that, all roads necessary to create convenience for motorists would be fixed to reduce traffic inconvenience.

Speaking on the user-friendliness of the Pokuase Interchange, the minister said there would be intensive educational programmes in the media to ensure safe driving.

Mr. Amoako-Atta said the local consultants of the project spearheaded the construction of about a two-kilometre storm drain to prevent flooding.

“The road was ideally a three-tier project, but because of good faith and honesty on the part of the contractors and Ghanaian consultants, it was transformed into a four-tier project because of the savings they made,” he revealed.

The minister said, “The four-tier interchange in Pokuase is the first of its kind in West Africa and the second in Africa after South Africa’s EB Cloete Interchange in Durban.”

Since the commencement of the Pokuase Interchange project, the minister said the government has paid a compensation of almost $15 million to all those directly affected, including property owners.

“People whose property were affected by the project are happy with the compensation and that’s why nobody is complaining. This government believes in the rule or law, fairness and we will not deal arbitrarily with any Ghanaian,” he stated.

Kwabena Bempong, the resident engineer of the Pokuase Interchange project, from Associated Consultancy Limited, said the ground roads of the project are left with asphalt overlay.

He said by November, part of the first, second and third-tier of the ground road would have been completed and between April and May 2021, the project would be handed over after completion.

The $84 million Pokuase Interchange project is jointly funded by the African Development Bank and the government as part of the Accra Urban Transport projects, and it was awarded to Messrs China Zhongmei Engineering Company Limited.

The Obetsebi Lamptey Interchange, on the other hand, was awarded to M/S Queiroz Galvao-UK International as part of the effort to ease traffic congestion on the corridor which links Kaneshie, Graphic Road, Nkrumah Circle and Abossey Okai.