2 File For NPP Primary At Amasaman 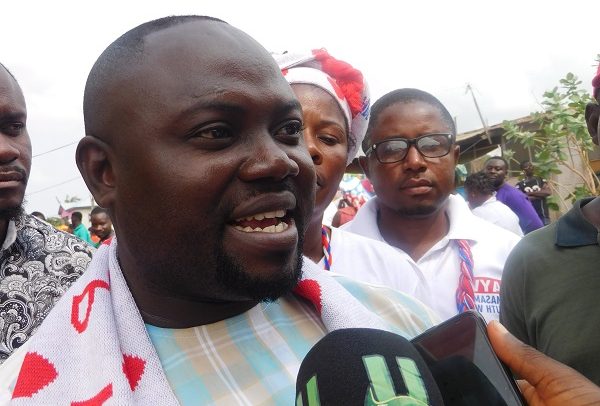 The two leading contenders for the parliamentary primary of the ruling New Patriotic Party (NPP) in the Amasaman constituency of the Greater Accra Region, Clement Wilkinson and Rockson Adu Boahen, have both filed their nominations for the impending primary slated for next month.

Clement Wilkinson who is currently the Municipal Chief Executive of the Ga West Municipality contested the 2015 primary with Rockson Adu Boahen and won to represent the party in the 2016. The two are going to meet again alongside three other candidates making this year’s primary very competitive.

The two leading candidates both filed their nominations last Saturday.

After filing his nomination, Clement Wilkinson told journalists that he is very sure of winning the primary again to represent the party in the 2020 general elections.

According to him, he has been the parliamentary candidate since 2012 and nearly won the seat for the NPP in the 2016 general elections losing by less than 200 votes.

Rockson Adu Boahen who works with the National Security said this time round it is his turn to represent the party and win the seat for the NPP.

According to him, his contender has been given two opportunities and he could not win the seat for the party meaning that the people of Amasaman do not like him.

He explained that as an ordinary aspirant who is not in control of the resources of the municipality, he has been able to provide jobs for some of the youth in the constituency stressing that when voted as the parliamentary candidate and eventually the MP for the area, he is going to ensure that the youth of the area get jobs and the bad nature of road networks in the constituency are improved significantly.