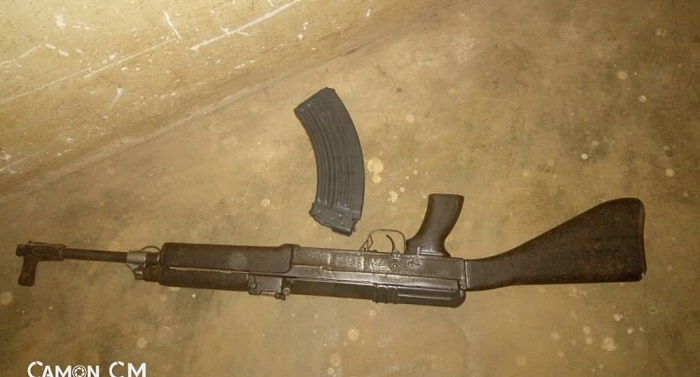 Two persons have been remanded in police custody by the Nkwanta South Magistrate Court for allegedly possessing arms without authority on January 8, 2019.

The two, a bus driver and his conductor on a Metro Mass Transit (MMT) bus moving from Accra to Kpassa in the Nkwanta North District in the northern part of the Volta Region (soon to be known as Oti Region), were arrested last Sunday evening after a gun and three caches of ammunition (2,100 rounds) were intercepted from them.

Prosecuting, Inspector Victor Gadese, who presented the case in court pleaded with the Magistrate Court presided over by Mr. Baba Issaku Iddrisu to remand the suspects in police custody to allow for further investigations.

The magistrate upheld the plea and remanded the MMT bus driver, Tony Kwaku Ann Bedu and the conductor, Samuel Larbi, in police custody for two weeks. They are to re-appear before the court on January 22, 2019.

The Nkwanta South District Police Commander, ASP William Ayensu Asare, who confirmed the incident to DAILY GUIDE, explained that the two were caught with the weapons at about 5:10pm last Sunday, January 6, 2019.

He said the three men stationed at the main Police Barrier when entering Nkwanta from Accra, undertook a routine random search on the MMT bus with registration number GR 4417 – 12. During the search, they discovered boxes which were suspiciously sealed and concealed under passenger seats and in the boot of the bus.

Having opened them, they found one SMG rifle and ammunition (2,100 rounds) which the police suspected were being transported to troubled Chereponi through Saboba where Kokombas and Chokosis are embroiled in some bloody land disputes.

When questioned, the driver told the police that the parcels were given to them by someone at their loading station at Opera Square in Accra Central. The parcels were to be delivered to another person at Kpassa – the final destination of the bus.

According to ASP Ayensu, the driver and his conductor are yet to give vivid details of the persons who gave them the parcel, and who was supposed to receive it.

Since their arrest, the driver claims calls placed to the sender and receiver of the parcels have not gone through.

The Nkwanta District Commander gave an assurance that his men would get to the bottom of the issue and ensure all perpetuators are brought to book.

He served a strong warning to troublemakers that the Eastern Corridor would not be a safe haven for transporting illegal goods to cause trouble in any part of the country, especially the north.

He advised drivers, conductors and passengers to ensure they verify the contents of parcels they are delivering to avoid being used by criminals.

CAPTION: The SMG Rifle, the Three Cache of Ammunition (2100 rounds) and the Metro Mass Transit Bus

Kevin Spacey In Court Over Charges Of Groping Teenager