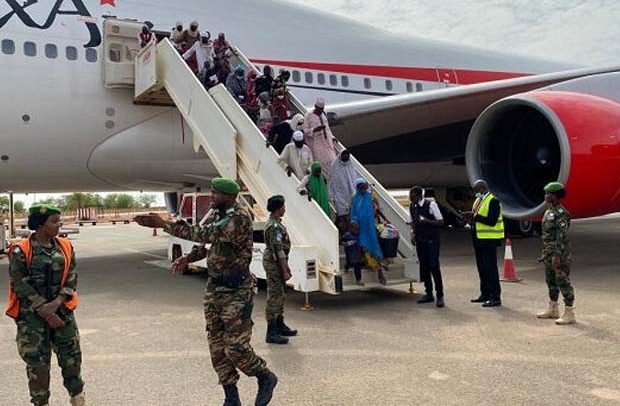 Government in collaboration with some envoys have begun repatriating some child beggars and their families to their home countries.

Some xix-hundred child beggars and their families have already been deported from Ghana to their home countries.

Additionally, over One Thousand others have also been mobilised to be repatriated.

This was made possible by an Inter-Ministerial Committee in collaboration with the Ministry of Gender, Children and Social Protection and some Embassies who are determined to eradicate the country’s streets from the nuisance of beggars.

One of the embassies involve, Niger Embassy in Ghana, considering the situation is sending their nationals back home after the leaders of the Niger Hausa Community contacted the Embassy who subsequently reached out to the Niger President, Mohamed Bazoum.

The Chief Justice of Addarawa Community in the Ashanti Region was grateful to the various stakeholders for their assistance.

Nigeriens fled their country to beg for alms in Ghana due to economic hardship.
One of the beggars, Saalaha Abdou who hails from Hawandawaki, told the media that after her husband abandoned his family, things became difficult, therefore had to seek refuge in Ghana. She came to Ghana with her four children to beg for money on the street.

Another beggars, Memuna Ado also attributed her decision to come to Ghana to economic hardship, saying “We came to Ghana to seek help. If we had money and food back home, we would not have come here. I have five children here with me in Ghana, and the other two are back home. I go with the children to beg for money and food.”

They have therefore appealed to the Nigerien authorities to provide enabling environment for them to stop them from begging for alms on the streets.

Meanwhile, the Inter-Ministerial Committee is scheduled to meet on Friday, June 10, 2022 to adopt new strategies curb the menace as some principal streets in the capital show a decrease in the usual number of child beggars, especially traffic intersections at Paloma Hotel, Opeibea and the Accra Mall were empty.

However, there still some beggers around the Kwame Nkrumah Interchange and Odorna Overhead.