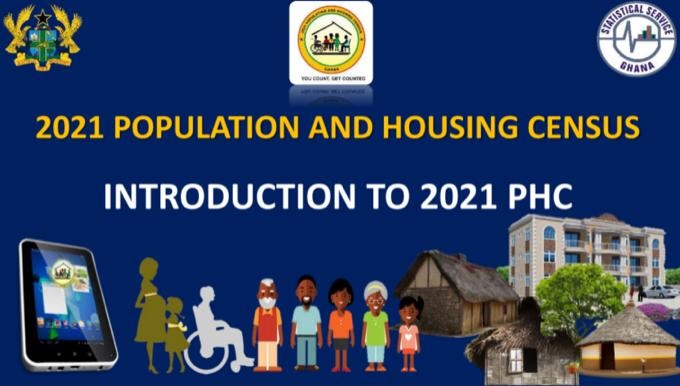 The 2021 Population and Housing Census has finally begun at Kandiga in the Kassena-Nankana West District of the Upper East Region after a dispute over the name of an Enumeration Area.

It would be recalled that when the enumeration started about two weeks ago, the chief and people of Kandiga held a News conference and announced their decision to boycott the exercise over claims of irregularities in the demarcation and description of boundaries of the community.

The community said the use of Akurugu-Daboo as an Enumeration Area for the Akunkongo-Abempingo and Atosale/Azaasi Electoral Areas was wrong as declared by the Automated Fast Track High Court, Accra, in 2012.

The Community therefore demanded a change of the name and petitioned the Ghana Statistical Service (GSS) for the name to be changed before they could participate in the exercise.

However, speaking to the Ghana News Agency in Bolgatanga, Regional Statistician, GSS, Felix Geli, the noted that the issue had been resolved amicably and the enumeration exercise had started smoothly in the area.

He said there was involvement of major stakeholders in the discussion process including the leadership of the community.
The census officials were presently in the community collecting data, he said.

“It was somewhere last week that the Regional Minister, Mr Stephen Yakubu came to me and asked me to bring them and so he talked to them and they agreed that the census officials should come and work and so enumeration exercise is currently ongoing in the area,” he said.

The Regional Statistician also noted that the boundary issue between some communities in the Bolgatanga East and Talensi Districts was also resolved with the assistance of the Regional Minister and leadership of the two districts and communities.

Mr Geli indicated that although at the beginning of the exercise, there was some level of resistance from some people, the census officials were able to talk to them and the exercise had ended successfully in most parts of the region.

The Regional Statistician said, “There is only one respondent in Bawku who according to people had always refused to cooperate with anybody and the entire community knows that, that is how she is.”

He explained that at a point the census officials wanted to apply the law by calling for her arrest but he advised that the matter be referred to the Municipal census implementation committee to try to make her understand the need to be counted and consequence of being left out.