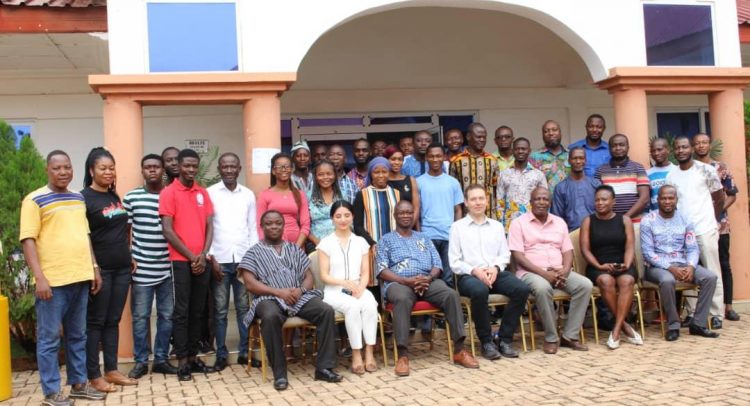 Research conducted by the Swiss Federal Institute of Aquatic Science and Technology in collaboration with the Council for Scientific and Industrial Research-Water Research Institute (CSIR-WRI), has disclosed that about 240,000 children in the Northern region are exposed to fluoride poisoning that can affect their health.

According to the research, in districts such as Karaga, Gushegu, and Mion, 4 out of 10 children are potentially exposed to fluoride poisoning.

Again, Savelugu Nanton district has the largest exposed children population of about 19,000 followed by Karaga district with about 17,000 children.

Children in Ghana are potentially exposed to high fluoride ingestion through the consumption of groundwater as drinking water.

The researchers noted that 15% of the area of Ghana mainly in the North East has a high probability of fluoride contamination.

At a dissemination workshop on fluoride contamination held in Tamale, Dr. Dahyann Araya, one of the Researchers told journalists that most people in the Northern part of Ghana depend on groundwater and so it was important for them to communicate their research findings to the people and stakeholders.

According to her, about 920,000 people across the country live in at-risk areas.

Micheal Kumi, a Senior Research Scientist at CSIR-Water Research Institute, indicated that there are two ways of treating fluoride contamination which is the advanced and expensive treatment technology, and the manufacturing of local filters.

“ We thought of teaching the people how to manufacture their filters in a form of what we call activated carbon to absorb the water and reactivate it when it’s full and so this is how we will teach the people on how to treat the water with the local filter but the best would have been the advance treatment which we are unable to afford as a country.”

Most people in Ghana have no or only basic access to safely managed water, especially in rural areas as most of the population relies on groundwater for drinking which can be contaminated with fluoride and lead to dental fluorosis.

Children under the age of two are particularly susceptible to the adverse effects of fluoride and can retain 80-90% of a fluoride dose, compared to 60% in adults.

Ignore Myths, Egg is Good for You – Nutritionist