30,000 Households In Greater Kumasi To Benefit From Modern Toilet Facilities 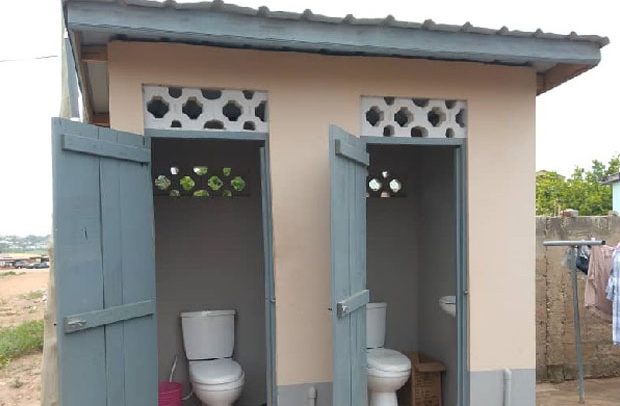 About 30,000 household toilet facilities are expected to be provided for people in low-income communities in the Greater Kumasi Metropolitan Area (GKMA).

Additionally, a total of 5,000 households will be supported to connect potable water into their homes, under the Greater Kumasi Sanitation and Water Project.

This is to help ensure increased access to improved toilet and water facilities to the majority of poor and vulnerable people in urban and peri-urban communities.

The workshop was aimed at introducing the project which was launched in November last year to the media in the Ashanti region.

The project, according to the Minister, has four components which were mainly to increase access to sanitation services to people in low-income and deprived areas.

It would also help to support the expansion of the water distribution networks in GKMA to provide water for an estimated 150,000 people.

Again it would strengthen institutions and provide technical assistance to stakeholders in the water and sanitation sector.

The project beneficiaries are the eight Metropolitan and Municipal assemblies in the GKMA, which include the Kumasi Metropolitan Assembly (KMA), Asokwa, Oforikrom, old Tafo, Suame, Kwadaso, and the Asokore Mampong Municipal Assemblies.

Madam Dapaah said the facilities would be maintained and expanded as the population in those areas increased.

The Minister pointed out that the water supply in Kumasi was not good, saying the Owabi headworks in the Atwima Nwabiaqya District would soon be dredged.

The government she said was providing pragmatic measures to find a lasting solution to the water and sanitation problems in Kumasi.

Madam Dapaah called on the media to take an active part in making sure that the agenda of making the country clean was achieved,

George Asiedu, the Project Coordinator, said a steering committee had been established to ensure the sustainability of the project to provide a safe sewage system.