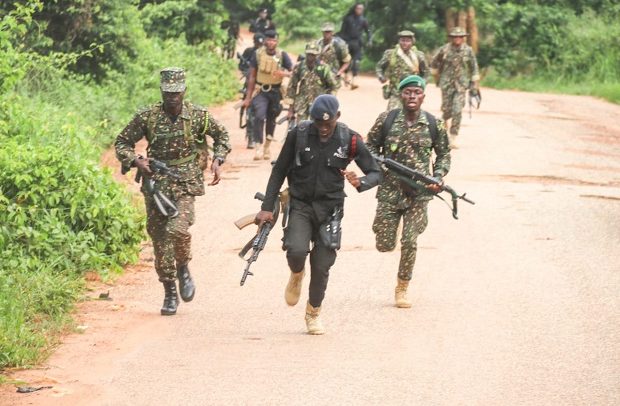 Three hundred and sixty security personnel selected to undergo training in high risk operational training course three, 2021 at the Police Counter-Terrorism and Concentration Camp located at Akaar in the Okere District of the Eastern Region have successfully passed out.

The personnel drawn from the Police, Immigration, and the Ghana Ambulance Service passed out after three weeks of skill-based training on ways to combat terrorists and extremist activities.

This adds to 3925, the number of personnel trained in the camp barely a year after it was established.

Addressing participants at the closing ceremony, the Eastern Regional Director of the Ghana Immigration Service, Deputy Commissioner of Immigration, Prudence Aku Sosu, expressed her satisfaction with  the high standards and level of consistency  that she said has been the hallmark of the training camp right from the first batch.

She said the solid foundations of Inter-Agency Collaboration and Community Integration are the hallmarks that distinguish this training programme from others in the country.

“Here, we see the Ghana Police Service, Ghana Immigration Service and the National Ambulance Service combining strengths and compensating for each other’s weaknesses in order to provide a solid Counter Terrorism defence wall,” she pointed out.

The Deputy Eastern Regional Police Commander, DCOP Peter Baba Atianak, in an address, revealed that personnel were selected for this training in order to equip them with the much needed skills, knowledge and above all competence to enable them to effectively handle any security challenges they may be confronted with in their field of work. 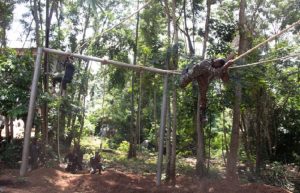 The Commanding Officer in charge of the Counter-Terrorism Department – Ghana Police Service, Chief Superintendent Wejong Ali Raymond Adofiem in an interview said the training was anchored on building skills and confidence of the service personnel in combating insurgency, enhance interoperation ability and coordination among the security services, border security and building public confidence.

Several awards were given to deserving participants who emerged winners in the steeple chase competition.