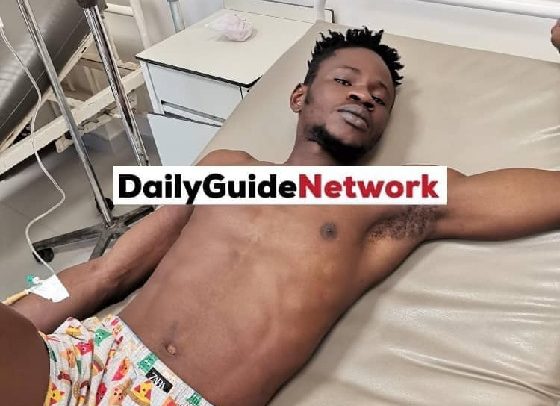 THE Police in Kyebi in the Abuakwa South Municipality of the Eastern Region have arrested four suspects believed to have been involved in the deadly bullion van attack at Adedekpon in Accra.
The suspects: Collins Addae aka Kekye from Akim-Swedru; Ebenezer Gyimah, aka Peace and Musa Kamara, 26; with his brother Suleman Ketah, 26 years old alias 69, both from Guinea, are said to be on Police wanted list.

The suspects, according to report, were fished from their hideouts at Kyebi by the Police at a mining site upon information gathered by the CID Headquarters in Accra.

The police have since the attack on the bullion van robbery incident declared the suspects wanted, and later had report that the suspects were hiding in the Kyebi enclave.

The suspects with one currently at large have for some months been terrorizing residents in Kibi, Akyem Tafo, Osiem, Anyinasin, and its environs.

However, last week, upon information the police arrested, suspect Ebenezer Gyimah alias Peace in Kyebi – Zongo but he managed to escape in handcuffs while leading the Police to the other suspects’ hideouts.

He was later picked up on Saturday afternoon, with the three others as Musah Kamara attempted to flee but was shot in the left knee and subsequently overpowered by the Police.

He was rushed to the Kyebi government hospital where he is on admission under police guard and will later be transferred with his accomplices to the Police headquarters.

Meanwhile, more police officers and CID operatives have been dispatched to Akyem Oda area over intelligence report that the suspects involved in the deadly bullion van attack at Adedekpon in Accra which led to the killing of a police officer, are hiding in the area.

However, the Police in a statement are urging the public to support their work by offering credible information to aid police investigations.

“The Police continue to urge the public to support our work of ensuring the safety of communities with credible information. Informants are assured of the strictest confidentiality,” the statement said.